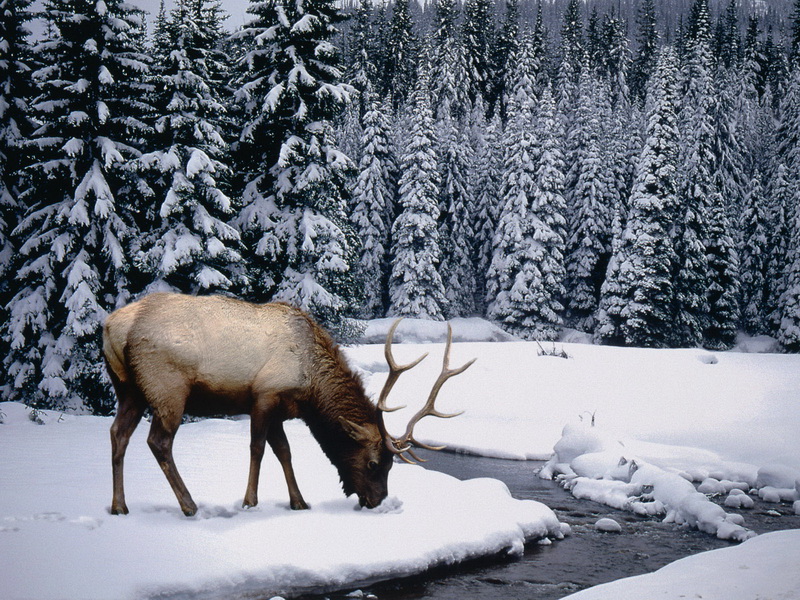 The link between the two very different species may seem strange, but taken in the context of climate change, it makes perfect sense. Elks are highly prevalent in the American West and are known to be prolific eaters of local flora. One of climate change’s most noticeable effects in this region is the decrease in amount of winter snowfall. This allows the elks to continue consuming plants and at higher elevations. As a result, deciduous trees and their associated song birds have been in continuous decline.
This has been shown in a recent study conducted by the University of Montana and the US Geological Survey (USGS). They observed a correlation with declining deciduous tree populations with declining snowfall over the last 22 year period.

The researchers fenced off certain areas to keep the elks from browsing, mimicking the effects of more snowfall. Then they compared the bird and plant populations of the exclusion area with nearby areas where elks were free to roam. Over their six year study, they found that previous declines in plants and songbirds were reversed in the exclusion areas.

“This study illustrates that profound impacts of climate change on ecosystems arise over a time span of but two decades through unexplored feedbacks ” explained USGS director Marcia McNutt. “The significance lies in the fact that humans and our economy are at the end of the same chain of cascading consequences.”

There are often unpredictable and complex ecological consequences of climate change. Ecosystems are made up of many different species which all affect the others. With climate change, some will thrive and others will fail.

In the case of the elks and overgrazing in the winters, there are not many options for humans who would like to preserve the status quo, other than opening them up for more hunting. This would effectively turn the elk from a climate change winner to climate change loser. It is a situation with no easy answers, and it is only a matter of time before the cascade of ecological consequences directly affects human society.

The study was published in the journal Nature Climate Change.