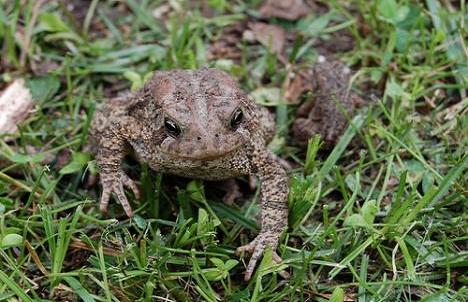 There is growing recognition within the international community that deforestation and forest degradation in developing countries play a significant role as ‘cause and effect’ of climate change. When trees are growing, they absorb carbon dioxide from the atmosphere but when they are destroyed they release all the carbon dioxide back to the atmosphere, causing global warming. Deforestation is responsible for about 20% of global warming.

Forests are also a major repository of biodiversity; supply a wide range of goods and ecosystem services and provide livelihood to millions of forest-dependent communities. Unsustainable exploitation of forest resources in Pakistan has resulted in degradation of forest to the tune of 0.2 to 0.4% per annum during the past two decades.

Land degradation is brought about by processes that turn the soil unsuitable or less suitable for optimum crop cultivation, or which result in physical loss of fertile soil material. The common processes of land degradation are:

Water logging: Rising of water table to near the soil surface to the extent that results in saturation of soil profile thereby inhibiting respiration of plant roots. In Pakistan, 5% of the land is affected by water logging to various degrees.

Salinity: Deposition of excessive salts at the soil surface or in the soil profile due to capillary action inhibiting germination and growth of plants. In Pakistan, 8% of land, mainly in Punjab and Sindh provinces, is affected by salinity and sodicity (presence of excessive sodium on the soil exchange complex).

Erosion: Detachment of fertile top soil layer due to the action of water and wind. In Pakistan, 17% of land is affected by water erosion and 8% by wind erosion. The extent of land degradation in Pakistan is given below:

The extent of Land Degradation in Pakistan

The processes of land degradation are exacerbated by climate change; the wind erosion due to low rainfall and high winds, and water erosion as a result of high torrential rains. The water-logging is enhanced due to heavy rainfall and the resultant rise in water table height, and Salinity due to greater evaporation from land surface resulting in accumulation of dissolved salts on the soil surface.

The extreme events triggered by climate change such as flash floods, heavy precipitation events; droughts, cyclones, hail storms, dust storms, etc have been on the increase in the recent past with their telling effects on life and property. The extreme events are hard to predict. According to IPCC (2007), their frequency and intensity is likely to increase in future. Such events destroy the plant and animal themselves, their habitats and their food.

i) Establishment of Protected Areas

The biodiversity needs to be preserved and protected, against different threats, for use by the future generations. According to a study by Ministry of Environment and UNEP, 31 species of mammals, 20 of birds and 5 of reptiles are already endangered and many more are on the Endangered List. Government of Pakistan has established 224 protected areas (mainly for wildlife species); 23 National Parks, 99 Wildlife Sanctuaries, 104 Game Reserves, and 16 unclassified areas. Also, 19 Wetlands have been included in the protected areas.

* NCCW (National Council for Conservation of Wildlife) formed in 1974

Pakistan is signatory to virtually all of the major international agreements in the field.

2. Sustainable Use of Biological Resources

The diverse biological resources should be used in a manner which is sustainable and does not compromise on quality of environment or of productive resources.

The wealth of genetic resources should be shared by all nations to meet the basic human needs of food, fiber and shelter, and to develop new resources under changing climate. The Plant Genetics Resources Program of Pakistan Agricultural Research Council (PARC), Islamabad has documented and catalogued about 1,080 species of vegetables, cereals, oilseeds, medicinal and other plants.

The model was developed by Global Systems Group School of Ecology, Lund University, Sweden. BIOME3 is an equilibrium terrestrial biosphere model that has been implemented globally using a minimal set of just five woody and two grass plant types. In BIOME3, leaf area is expressed as leaf area index (LAI). As mall number of eco physiological constraints is used to select the plant types that may be present in a particular climate. The model then calculates a maximum sustainable LAI and NPP (Net Primary Productivity) for each plant type.

Model output consists of a quantitative vegetation state description in terms of the dominant plant type, secondary plant type present and the total LAI and NPP for the ecosystem. This basic model output is classified into biomes for comparison with vegetation maps.

This Article is Written By “Raham Ghaffar” Senior Author At Envirocivil.com