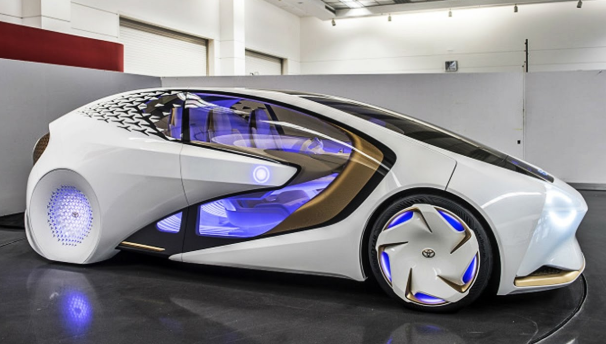 The age of gas-guzzling behemoths of cars is over. Climate catastrophe looks set to threaten huge areas of the world in the coming decades due to global warming and emissions from cars powered by fossil fuels are a significant contributor to this problem.

Alternative fuels, that produce no or few carbon emissions, are needed urgently. That’s why scientists are currently developing new ways to power cars that are much cleaner and much more friendly on the environment than conventional petrol and diesel!

With that in mind, I decided to have a closer look at three alternative fuels that have the potential to power the cars of the future.

Electricity has been used to power cars for some time. In fact, some of the very earliest cars were completely powered by electric batteries! Thomas Parker built the first electric car for widespread production in 1884, following improvements in the rechargeable lead–acid battery.

This sparked a range of electric cars like the Morrison Electric and the ‘Hummingbird’ electric taxi cabs in New York.

When Ford’s cheaper, petroleum-powered Model T took off in 1908, electric cars (which were pretty expensive to begin with) began to fall out of favour. Their high cost, short range and low top speeds meant that they were increasingly overlooked in favour of cheaper and more powerful fossil fuels like petrol and diesel.

But fast-forward a century and we find the opposite is happening. Electricity has now become a real rival to fossil fuels  as it produces little to no carbon emissions.

Electric batteries and motors have advanced to a point where they can power a car for hundreds of miles on a single charge. Additionally, strong electric motors can get production electric cars up to  150mph!

Electric cars use electricity that is stored within an onboard battery to drive a motor, which then turns the wheels of the car. When the car’s battery runs low on charge, you just plug it into a charging point to recharge.

As electric cars don’t actually produce carbon emissions in their operation, the amount of emissions produced depends on how the electricity stored inside the battery has been generated. This means that electric-powered cars have the potential to be completely renewable!

At the moment, the most famous manufacturer producing electric cars is probably Tesla but mainstream marquees are starting to roll out some impress autos too. BMW, Nissan and Volkswagen now offer some really impressive electric cars like the BMW i3, the Nissan Leaf and the Volkswagen e-Golf.

If you thought electricity was an unconventional car fuel, you might want to put your seatbelt on for this one. It’s now possible to use hydrogen gas to power a car.

Obviously, in the context of cars, the more energy a fuel contains, the greater the power offered. That, in theory, makes hydrogen a great option for car fuel.

So, how does a hydrogen car actually work?

Pressurised hydrogen gas in a fuel tank is sent through a series of connected fuel cells that convert the gas into electricity and water. The electricity produced is then used to power a motor, which in turn drives the car’s wheels. The waste product (water) is stored in a tank or released on to the road.

Hydrogen is one of the most common elements in the universe and when it reacts with oxygen in the fuel cell only produces water as a by-product. Compared to fossil fuels, which have a limited supply and produce harmful byproducts, hydrogen is very attractive.

Unfortunately, there are a few issues that need to be sorted out with hydrogen-fuelled cars before they can become a mass-market car.

The main problem with using hydrogen as a mass fuel is the amount of energy that it takes to extract it from the environment around us. The best source of hydrogen is water and you can get access to it by using a process called electrolysation – but that’s quite costly and labour-intensive.

Also, for hydrogen cars to really take off in use, we need the right infrastructure in place. We need a way to transport the hydrogen and fuel stations to distribute it.

“Hydrogen cars are an interesting concept and they are a clear rival to the dominance of petrol and diesel,” says Will Craig of automotive startup LeaseFetcher. “That said, no company in its right mind is ever going to pay their high cost of production when there is no market demand. Also no customer is going to buy a hydrogen car without the infrastructure in place. It’s a real Catch-22.”

Conventional diesel comes from a substance called petroleum, which is formed from the remains of dead plants and animals that trapped under the sea and subjected to immense pressure over millions of years.

Diesel has a high energy density and is relatively cheap to extract. However, since it takes several million years to produce, the supply is limited in practice. It also releases a lot of harmful gases when burned.

Biodiesel is a greener alternative that is substantially easier to produce and could act as a stop-gap fuel while we develop completely renewable, emissions-free fuels.

You can make biodiesel from basic vegetable oil or animal fats by using a process called transesterification. This separates the oil or fat into two parts: glycerine and alkyl ester. The alkyl ester can be used for fuel and the glycerine can be used in cosmetic products.

To use biofuel in your diesel car, you don’t normally need to change anything about your car. You just need to make sure that it’s diesel-fuelled and not petrol-fuelled.

“It degrades much faster than petrol and diesel,” says Rinkesh Kukreja of Conserve Energy Future. “Some reports suggest in a period of 28 days. The areas of concern with the generation of biodiesel is a rut in the agricultural patterns for rearing biodiesel crops. Monotonous growth of the same crop will affect the ecology and the quality of the land.”

What’s your favourite alternative fuel? What do you think we’ll be using to drive our cars in thirty years time? Let me know in the comments below.

Tom Butcher is a freelance writer, covering a wide range of topics, including finance, business and motoring. You can find all his latest work on Twitter.