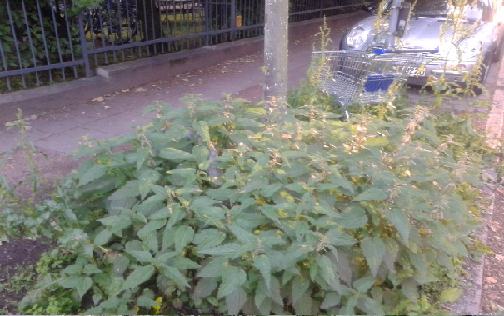 Strolling around Amsterdam’s seemingly endless network of canals and cobble streets, you might end up losing yourself in their beauty and captivating charm. Suddenly, the tranquil splendour is spoiled as a loud, obnoxious and stoned British stag party lurches by. Mention the words ‘weed’ and ‘problem’ in the same sentence and most people will think about the Netherlands and its capital in particular.

Take a walk along Hamburg’s canals and you’ll quickly appreciate the city’s stunning red-brick houses, churches and cosy cafes. Unlike Amsterdam, you’ll be able to stroll around those cobble streets in peace and quiet, without being disrupted by stoned tourists. Just as you think it can’t get any more beautiful, you round a corner where you’re faced with an uprooted stretch of pavement obscured by nettles, weeds and an overgrown bush. If you want to continue walking, you’ll have to cross the street in order to bypass the unexpected obstacle.

Some might be surprised to hear that Germany is struggling with a weed problem of its own, a weed problem completely different to that found in the Netherlands. While the Dutch government is actively taking steps to prohibit the legal sale of cannabis to foreigners, Germany’s weed scourge is escaping attention. I’ve lived in both Germany and the Netherlands and there is certainly a strong gulf between the two countries when it comes to attractive cityscapes.

In cities like Amsterdam and Maastricht, rows and rows of old buildings offer endless charm and character, while the pavements are clean and neat. Many cities in Germany struggle to convey personality, however, as the toll of hasty post Second World War reconstruction resulted in streets packed with bland, box-like flats. While many are attractive, an equal amount have fallen victim to neglect. On the streets themselves, untidy shrubs manifest themselves clearly, taking over walkways and winding their way around trees.

Throughout the world, the Dutch are regarded as easygoing, informal and relaxed. The Germans, by contrast, are renowned for being neat, tidy and nitpicky. Therefore, somewhat surprisingly, the streetscapes do not match their national stereotypes. In the Netherlands, there’s a distinct air of tidiness, while in Germany, the streets sometimes feel like overgrown jungles. 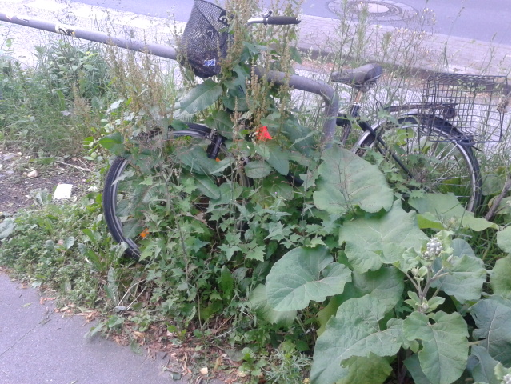 The problem seems much more pronounced in the larger German cities and it’s certainly more common in less prosperous places like Magdeburg, Oberhausen, Dortmund and Duisburg. Still, I’ve come across clumps of invasive nettles sprawled across paths in some of the most affluent parts of Munich and Hamburg. On a summer’s day, it’s easy to brush against them, resulting in an unnecessarily painful afternoon. I remember walking past a playground in a residential neighbourhood in Dortmund. Completely overgrown by bushes, nettles and weeds, it was barely recognisable as an amenity for children.

I’ve asked Germans about the problem and most seemed blissfully unaware of its existence…until I took them for a walk that is, and they could experience it for themselves. A gradual sense of resignation seemed to develop. I asked why weeds and bushes were allowed to invade their neighbourhoods unimpeded and most explained that the cities had no money to remove them. Some corners of German society are indeed aware of the green menace, primarily cyclists. A good friend of mine named Hannah enjoys her daily commute through central Cologne with her bicycle. While some stretches are of cycle lane are flat and carefree, others have become dangerous obstacles.

Most urban cycle paths in Germany are tiled, as opposed to those in the Netherlands and other countries. As a result, plant growth beneath these tiles pushes them upwards, creating deathtraps for cyclists. Hannah explained: “I’ve fallen off my bike twice and had more than a few near misses! It isn’t just the roots that cause problems…branches jut out into the lanes and nobody seems to care”.

Her frustration is certainly understandable, considering the massive resource gap between seasons in Germany. Snow plows clear the streets in winter and spread salt, but everything stops during the summer months and the plants take over. Statistics from Germany show that the country most certainly has enough money to eliminate the problem. However, both the government and ordinary people don’t seem bothered by cracked pavements and playgrounds overgrown with nettles.

While staying with friends in Hamburg at the beginning of June, we decided to go for an early morning jog at the Alster, the city’s famous and stunningly beautiful lake. A fellow runner ahead of us pulled up, grimacing in pain, a small trickle of blood running down the side of his arm. It turns out he brushed against some briars along the footpath, and they put a quick end to his jogging routine. On our way back to the apartment, I was gobsmacked to see rhubarb growing next to the path. One of my friends grabbed an armful of the plant and made a delicious tart in the afternoon (ok, in some case, the weed problem isn’t too bad).

I grew up in Ireland, a country renowned for its stunning green landscapes. Away from the rolling green fields and hills, the cities always struggled with weeds growing out of control. I remember that at least once every three months, ‘a day of action’ was organised by the neighbourhood. Everybody appeared on the street with garden tools and plastic bags to remove ugly plants growing along the paths. Not only was it free and efficient, it solidified the relationship between our neighbours. We discussed the latest gossip and all too often, we ended up in somebody’s house drinking tea afterwards. On especially cold winter days, the tea turned into hot whiskey or Irish coffee.

I’ve lived in several different parts of Germany and I’ve always found the connection between neighbours in the big cities somewhat distant. Perhaps my experience was unique but I’d be confident that an Irish style ‘day of action’ against weeds would immeasurably improve the appearance of German cities and contribute to better communication amongst the residents. During winter, Germans rise en-masse at dawn, equipped with snow shovels and salt to remove the icy detritus from the paths in front of their flats and houses. Why are they so efficient at removing snow and ice during the winter months, while weeds are allowed to flourish during the summer?
In Germany, clearing snow is a serious business. If an old woman slips in front of your door and breaks her hip, you’re personally liable if you haven’t carried out your obligatory snow duty. It’s important to point out that weeds can be dangerous too. However, like the sheer ugliness of overgrown shrubs, the peril posed by them seems equally invisible in Germany.

Perhaps it’s possible to harness the efficient snow-clearing energy of Germany and transfer it to weed-pulling duty during the summer. In tandem with salt-spreaders, snow plows and innumerable ‘shovelers’, Germans turn into a snow-clearing army during the winter, all in the name of improving their urban landscape. City-councils in Germany do not use the equipment at their disposal to trim back overgrown plants and the reason for this oversight is completely unclear. The discrepancy is truly difficult to fathom.

Pedestrians and cyclists aren’t the only ones affected. I was driving through Düsseldorf with Fionn, an old friend of mine from Ireland. His reaction said it all: “These plants are everywhere! I can’t see around the damn corner…why don’t they do something about this!?” I agreed with him – driving in German cities, everything is manageable on busy main streets. However, once you enter sleepy residential neighbourhoods at the height of summer, keep yourself on edge. There’s nothing more fear-inducing and equally frustrating as a massive bush obscuring your view of the next turn. It certainly would be interesting to see how many accidents occur in German cities every year due to plant-related interference.

The author of an interesting article in the Guardian proclaimed that ‘a weed, they say, is only a plant in the wrong place, and the cleavers in the hedgerow, the buttercups dancing in the path and the bindweed were wildflowers one moment but weeds in the making as soon as they made the jump’. It’s time for the people of Germany to realise that the street is the wrong place for overgrown shrubbery. Could social media be the way forward? Perhaps the organisation of weed-pulling flashmobs through Twitter and Facebook will stir this nation into action.

Left neglected, the shrubs, nettles and weeds take over everything in sight. While some Germans maintain the plants add a welcome splash of green to unsightly grey and drab neighbourhoods, their sheer state of neglect is sometimes disturbing. It isn’t too difficult to control plants on your thoroughfares. The urban jungle in Germany is a real issue, one requiring urgent management. Aside from being dangerous for motorists and cyclists, it’s extremely irritating for pedestrians. Watching the footpath for a patch of briars just shouldn’t happen in a country as well developed as Germany. Perhaps the world was wrong about that classic German stereotype…could it be that they’re too lazy to care about their streets being neat and tidy?

Ways To Grow Your Business While Helping the Environment

Cleaning Your Drains Without Chemicals

View all posts by Seamus Murphy →