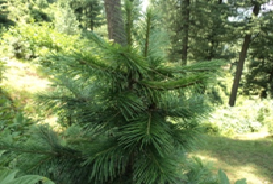 Shangla is mountainous district of Malakand division in north Pakistan. It was a part of the former independent state of Swat and remained a sub division of the district Swat. Since the state is affiliated to Pakistan in 1969 until in January 1995 (by the chief minister Aftab khan Sher pao). It is given a state of a district, the region now called district Shangla. Shangla had once no specific name for as it was known better by its various parts like Bisham, Puran, Ghwarbund, Chakiser and Makhuzai etc. When it got a state of a district it was named “Shangla par” at the other side of Shangla. Shangla itself is a small place on a mountain on Bisham road now called Shangla top. Shangla top is just on the boundary of the district. The highest point of district Shangla is Shangla top (7001 feet or 2125 meter above sea level) 56 km from Saidu Sharif and 45 km from Bisham (Karakorum highway) connected through paved single road. It receives an average snow fall from 5-8 feet in winter.

Location of Yakh Tangay: Yakh Tangay is a visiting place located 28 km from Shangla top at an altitude of 6000 feet or 1820 meter above sea level. It is the boundary of Tehsil Puran and Alpuri. It takes about 40 minutes by car to reach Yakh Tangay from Shangla top. There is a forest Rest house at Yakh Tangay with two rooms. However there is a shortage of running water and only source of water are nullahs. There is a spring in Yakh Tangay mountain named Yakha Chena which is very famous for its coldness all over the district. Vegetation of the area also varies from place to place and aspect to aspect. The area has pure kail forest. In this forest Fir and Spruce are also rarely found. The area falls in the moist temperate zone thus receiving summer monsoon (July, August) and winter snow fall. Normally the snow fall starts in mid November and lasts till mid April occasionally early snow fall is also observed. The climate in summer is moderate and pleasant and average rain fall ranges 1500-2000 mm/year.

Importance of the indigenous flora
Similarly the area has a variety of flora which has medicinal and other local importance.
Abies pindrow (Fir) Used to a small extent for timber production in its native range. It is occasionally grown as an ornamental tree in large gardens.People of the area used it for construction purposes.
Achillea millefolium (Yarkand) The most medicinally active part of the plant is the flowering tops. It is valued mainly for its action in colds and influenza and also for its effect on the circulatory, digestive, excretory and urinary systems.
Ajuga bracteosa (Booti) The plant is aromatic and tonic, useful in the treatment of agues. The juice of the root is used in the treatment of diarrhea and dysentery. The leaves are used in the treatment of fevers as a substitute for quinine. It is used as antipyretic (reducing fever) and for sugar reducing purposes locally.
Alnus nitida (Geray)Red Alnus bark used to treat poison oak, insect bites and skin irritations. Recent clinical studies have verified that red Alnus betulin compounds shown to be effective against a variety of tumors.
Arisaema flavum (Marjarai) Roots are used in stomach problem and also applied to kill worms which are infesting cattle.
Asparagus gracilis (Tindoray) It is a wild vegetable and used for cooking purposes locally.
Berberis lyceum (Kuaray) Roots are used in the treatment of eye complaint, chronic diarrhea and piles. It is used orally in the treatment of various enteric infections especially in bacterial dysentery. Berberine has also shown antitumor activity. It is used for throught infection and in wounds recovery locally.
Buxus wallichiana (Shamshad) It is used for the treatment of rheumatism and syphilis. Plants are very tolerant of pruning but are slow growing. Wood is hard, fine grained and durable which is used for engraving, fine carving and mathematical instruments etc. Leaves of the plant are useful for controlling irregular urine.
Daphne mucronata (Leghonay) The leaves are poisonous but are tolerated by goats and can be applied for abscesses. The bark is used in diseases of bone and for washing hair. Gunpowder charcoal is said to be made from the wood. The fruit can be eaten and is used as a dye for leather. It is used for cattle diseases locally.
Euphorbia indica (Alif boti) Milky juice is poisonous cause skin scrofula, stem is used for constipation, oil from seeds has purgative properties and roots are used as anthelmintic.
Hedera nepalensis (Palul) A decoction of leaves used for skin diseases.
Indigofera gerardiana (Ghureja) Used in hepatitis, whooping cough and in blacking of hairs.It is used for abdominal diseases in the local area.
Leucaena leucocephala (Srikh) Most important as a source of quality animals feed but also for residual use for firewood or charcoal production. The legume provides an excellent source of high protein cattle fodder.
Olea ferruginea (Zitoon) Leaves are used to cure gonorrhea, in fever, debility, oil from the fruit is rubefacient and taken for digestive disorders. Bark is astringent, wood is very hard, heavy and used for turning, ploughs and as firewood etc.Leaves are boiled in water and prepare tea, used for joints pain by local people.
Paeonia emodi (Mamaikh) It is useful medicine for the treatment of hysteria, convulsions, colic, diseases and obstructions of the bile duct. They are given to children as a blood purifier. Infusion of the dried flowers is useful in the treatment of diarrhea. Local people used the tubers for pain in joints.
Pinus wallichiana (Blue pine, kail, Peoch) The wood is moderately hard, durable and highly resinous. It is good firewood and is a commercial source of turpentine which is superior quality than that of P. roxburghii. It is used for fuel wood and construction purposes locally.
Rubus ellipticus (Goraj) It is cultivated for its edible fruit.
Rubus fruiticosus (Karwara) Fruit is used as antidiarrhoeal and sooth inflamed mucosa, decoction of leaves used as tonic and gargle or poultice for skin.
Solanum nigrum (Kachmacho) It is a widely used plant in oriental medicine. It is antitumorigenic and antioxidant. The plant’s leaves are used to treat mouth ulcers that happen during winter periods.
Viscum album (Boghma botay) It is used in otitis, tumors and enlargement of spleen as aphrodisiac, cardio tonic and diuretic. Leaves of plant are used for cattle disease (Boghma) by local people.
Zanthoxylum alatum (Dambara) Many species make excellent bonsai and in temperate climates they can be grown quite well indoors. These species are used as food plants by the larvae of some Lepidoptera species.
Ziziphus oxyphylla (Elanai) Fruit is used as emollient and useful expectorant in bronchitis. The leaves of this plant are used by sugar patients locally.
Conclusion:
Yakh Tangay is a moist temperate forest of Puran Sub division in District Shangla. The area is dominated by narrow valleys and sloppy areas and is rich in both flora and fauna. The problems which facing are free grazing of animals, illiteracy of local peoples, having no knowledge about the flora and full dependency on forest. The local peoples of Yakh Tangay used the forest property for their agricultural needs in which they grow Pea and maize crops. Road facility to the area is very bad and there is no proper management of the local medicinal plants which are available in Yakh Tangay.

View all posts by Gauhar Ali →