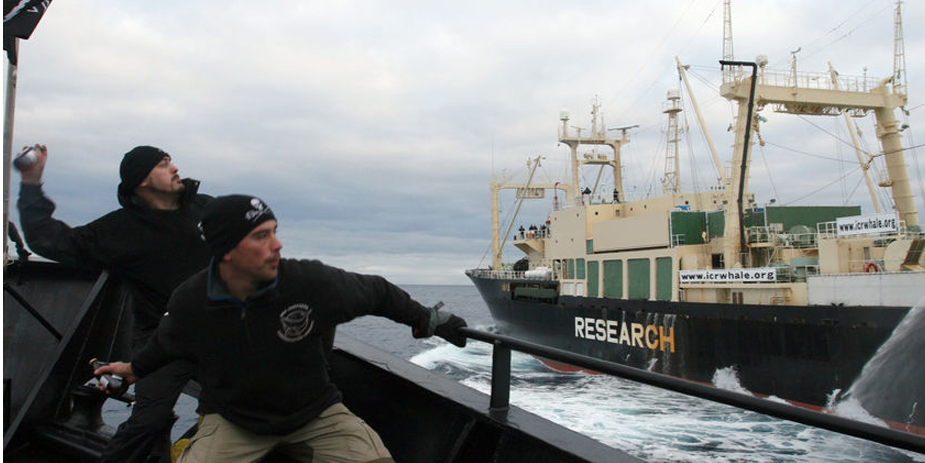 There comes a time when we have to ask ourselves if things are working out the way we planned.  What is going on around the world is drastically disturbing and there seems to be little we can do about it.  With such a large and vast global economy, there are many things that can make you cringe, especially when you try to wake people up to reality, but they just won’t listen.

Recently, Sea Shepherd Conservation founder Paul Watson is awaiting possible extradition to Costa Rica for involvement in monkey wrenching operations.  Watson is best known for his involvement in trying to stop seal, whale, and dolphin hunting around the world, which is mainly demanded as delicacies in many Asian countries.  His methods are controversial, there is no doubt about that.  Disregarding most national laws to try and save oceanic creatures large and small has landed him in jail several times already.

But is what he is doing really worth all the trouble of jail time and legal trouble?

Until whale wars, many people had no idea that whales were being hunted by the millions all across the world.  People cried in movie theatres all around the globe when the saw what was happening in the “Cove”.  And it seems people still don’t know what the Seal Wars are all about.  But after “The Cove” there was a huge outpouring of emotion.  In the United States, the dolphin is a symbol of the ocean’s beauty . . . and of the ocean’s intelligence.  But in today’s world, they can fetch a pretty penny.

The ocean is a vast and incredible place.  Much of it is unexplored, and we know more about the surface of the moon, than we do the ocean floor.  It harbors more life than anywhere on Earth and is responsible for more oxygen creation than all the rainforest.  But disturbingly, much of the world’s fisheries are being fished at unsustainable levels, or near unsustainable levels.  Nets now operate as gigantic human mouths under the surface.  The balance of the oceans is being pushed to the tipping point.

So how do we stop this?

Indeed this is a major problem and many people, including Paul Watson, are willing to go to jail for it.  We have to ask, “Is society really at a point where diplomacy within environmental issues has stagnated?”

This Article is Written By “Todd Lehman” Author At Envirocivil.com and  Program Director At “EnviroClub United States”