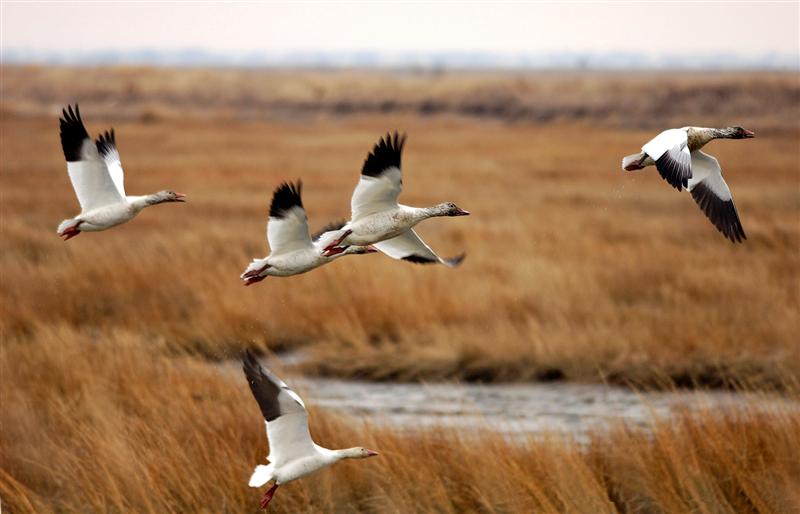 World Migratory Bird Day (WMBD) was initiated in 2006 and is a global awareness-raising campaign highlighting the need for the protection of migratory birds and their habitats. On the second weekend each May, people around the world take action and organise public events such as bird festivals, education programmes and birdwatching excursions to celebrate World Migratory Bird Day and to help raise awareness around a specific theme.

Around 700,000 – 1,200,000 guest birds arrive in Pakistan through Indus Flyway in winter season every year from Europe, Central Asian states and India.

The birds from North spend winters in different wetlands and deserts of Pakistan, which are distributed almost throughout the country, from the high Himalayas to coastal mangroves and mud flats in the Indus delta. And, after winters they go back to their native habitats.

There is growing concern in Pakistan by wildlife experts at the decrease in migratory birds in the country as Pakistan marked the World Migratory Birds Day on Saturday.

Wildlife experts believe that some 80 per cent decline has been witnessed in the population of migratory birds in Punjab province in recent years mainly due to vanishing of forests, hunting, poaching, environmental pollution and massive construction activities.

Millions of migratory birds enter the wetland areas of Pakistan from Europe and Central Asian states to escape winter.
These birds have a special fly zone that leads to Pakistan commonly known as Indus flyway zone. There are, however, seven fly zones all over the world. The birds reach Pakistan flying over Karakorum, Suleiman Ranges and Hindukush along the Indus River.

The migratory birds which include falcons, cranes, swans, ducks, flamingos, waders and geese start reaching Pakistan early September till February and start flying back to Europe and Central Asia by March.

The UN has warned that 84 per cent of migratory birds have the potential to be affected by climate change. Lowered water tables, changes in food supplies and prey range, rising sea levels, and increased storm frequency are the biggest threats to birds, said the UN officials. Around 19 per cent of all known birds are considered to be migratory, of which 11 per cent are ‘globally threatened or near threatened’.

Climate change will have impact on the species of prey just as they impact on the birds themselves severely affecting the populations of many species.

Statistics show that 2,700 bird species are found in the Asia region, which extends from the Arctic to the tropics. Most threatened species in Asia depend for their survival on a particular type of forest, grassland or wetland.

So it is the need of hour to conserve the nature not only for human beings but also for migratory birds. Migratory birds attracts the tourist from all over the world. So its our responsibility ”
migratory birds and people – together through time”

This Report is Written by “Noman Ashraf” Author At Envirocivil.com