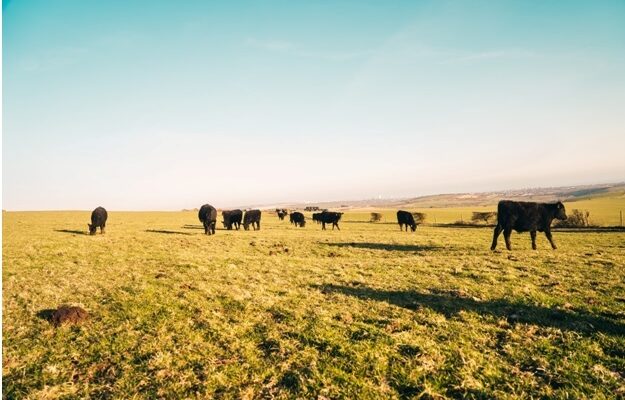 The Global Roundtable for Sustainable Beef Sponsors the Conference

The roundtable is a multifaceted organization founded in 2012 and has grown to include approximately 500 members from across 24 countries. Members include policymakers, regulators, researchers, farmers and processors involved in the beef industry.

Members come together at the event to address current issues regarding beef sustainability. The 2021 conference was held virtually, but members could still effectively share thoughts on relevant issues. Of everyone who spoke, Nicole Johnson-Hoffman’s address was particularly noteworthy.

Nicole Johnson-Hoffman Is the Former President of the Global Roundtable

The Global Conference for Sustainable Beef promotes sustainability within the beef industry at a broad level, but Johnson-Hoffman further defined the group’s primary efforts. As she explained, the group pursues issues related to climate change, animal health and welfare, and land use as they pertain to improving beef supply chain sustainability. This outline wasn’t the main thrust or biggest takeaway from Johnson-Hoffman’s speech, however. Instead, her main point was that everyone involved in any of these three aspects of beef supply chain sustainability should continue to increase communication about the topics. She called for increased meaningful communication in three distinct ways.

First, Johnson-Hoffman called on all members of the Global Conference to resist bickering amongst themselves. Thus far, she noted the group’s accomplishments, which were considered a major (if not insurmountable) challenge back in 2012. While the group has made multiple advancements, the most foundational was simply bringing so many stakeholders together to pursue a common goal. Members frequently have different interests, and there are direct competitors within the group. The group has thus far been largely unified, and Johnson-Hoffman underscored the importance of continuing that.

Each of these assumptions, Johnson Hoffman noted, is incorrect and unhelpful.

Third, Johnson-Hoffman encouraged the Global Conference to welcome critics into the group’s folds.

Johnson-Hoffman drew a distinction between critics and opponents, describing critics as having valid concerns about beef supply chain sustainability. These parties may have questions and objections to current practices, but they share the common goal of increasing sustainability. In contrast, opponents object to animal food altogether, for whatever reason.

Discussions with opponents can be beneficial, but the most useful is to further conversations with critics by making them members. This can lead to real dialogue and practical solutions to challenges that stakeholders throughout the beef industry face.

In encouraging communication throughout the beef industry, Nicole Johnson-Hoffman was very much on comfortable ground. This is a major aspect of her responsibilities as Chief Sustainability Officer for OSI Group.

OSI Group has long been committed to practicing and improving sustainability, and the company has taken multiple steps to this end. In recent years, OSI Group has launched a new partnership with Impossible Meat and received major accolades for its overall sustainability efforts. The Sustainability and Environment Award from Spain and the Five-Star Recognition from the British Safety Council were two of the company’s most lauded awards.

With regard to the future, OSI Group has made multiple commitments to further improve sustainability. The company has committed to reducing water usage by 15 percent, establishing more landfill-free facilities, developing new partnerships with suppliers who use antibiotics responsibly, and helping farmers develop more sustainable practices. All of these goals are on track to be reached by 2025.