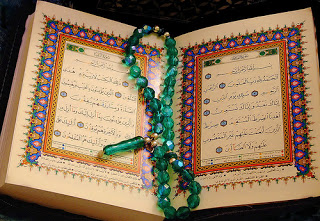 Whenever we buy an appliance or a product, the manufacturer hands us manual carrying essential instructions about ‘how to handle it & operate it?”. If we do not follow instructions given, we’d never succeed in operating the gadget. God is the creator, Quran is the scripture and we are the users. If we wish to unveil the hidden mysteries of Universe we must have to follow the manual “Quran”.

The origin of universe is explained in theQur’an as follows: “He is the Originator of the heavens and the earth.”(TheQur’an, 6:101)

Qur’an revealed the expansion of the universe & wasdescribed like this: “And it is We who have constructed the heaven withmight, and verily, it is We who are steadily expanding it.”(Al Qur’an, 51:47)

The word “Heaven “refers to space & universe, in the Qur’an it is revealed that the universe “Expands”. Till 19th century it was believed that universe has a constant nature and it has existed since infinite time. In the beginning of 20th century researchers Alexander Friedmann & Georges Lemaitre theoretically calculated that the universe is in constant motion and that it is expanding.

Quran emphasizes that sun & moon move in a definite orbit:

Another verse proves its motion:

“And the sun runs to its resting place. That is the decree of the Almighty, the All-Knowing.”(Al Quran- 37:38)

These facts have been proven by astronomical studies today telling us that Sun is traveling at Speed of 720,000 km/h in the direction of star Vega in a specific orbit called the Solar Apex. It means that sun travels roughly 17,280,000 km/day.Along with the Sun & all planets & satellites within its gravitational system also travel the fixed paths % orbits as Quran says: “By the sky full of paths and orbits”. There are about 200 billion galaxies in the universe, having nearly 200 billion stars each. These entire heavenly bodies move in précised orbits, each moving in its own orbit in perfect harmony & order with all the other orbits.

“Then He turned to heaven when it was smoke. In two days He determined them as seven heavens and revealed, in every heaven, its own mandate.”(Al Quran- 41:12)

The word “Heavens”, appearing in many verses refer to sky, as well as the entire universe. Given this meaning, it is seen that Earth’s sky, or atmosphere, is made up of 7 layers;

“We made the sky a preserved and protected roof yet still they turn away from Our Signs.”(Al Quran- 21:32)

Earth’s atmosphere only lets rays required for life reach the Earth. It destroys meteors reaching Earth, prevents them from falling to earth.This shield not only protects the earth from the freezing cold of the space,which is about minus 270° C, but also from very harsh sun energy bursts,keeping Earth an perfect intermediate.

This word “Cyclical” here means “Sending back” or “Returning”.As Earth’s atmosphere consists oflayers .i.e. The troposphere condenses the water vapors and turns them back as rain, Ozone layer, reflects UV radiation back to space.Ionosphere, reflects radio waves broadcast from the Earth back down todifferent parts of the world, thus makes wireless communication, radio, andtelevision broadcasting possible over long distances.The magnetosphere layer turns the harmful radioactive particles emitted bythe Sun and other stars back into space before they reach the Earth.

In Surah Hadid, meaning Iron, we are informed:

“…And We sent down iron in which there lies great force and which has many uses for mankind….”(AL Quran- 57:25)

The word “Sent down,” is proved by modern astronomical findings that the iron found in our world has come from outer space.When bigger stars than the Sun having hundred million degrees oftemperatureexceeds the amounts of iron in it, it explodes in form of “Nova” or “Supernova”,resulting in scattering of iron containing meteorsaroundthe universe & they move until are attracted by the gravitational force of a heavenly body.

Creation in the pairs:

“Glory be to Him Who created all the pairs: from what the earth produces and from themselves and from things unknown to them.”(AL Quran- 37:36)

A British scientist Paul Dirac, proposed that matter is paired with its opposite (anti-matter).It carries the opposite properties to the matter.i.e. the electron of anti-matter is +ly charged &its protons are -ly charged.

Relativity of the Time:

Albert Einstein, showed that time is dependent on mass and velocity. Quran told us about time’s being relativein 610.i.e.

“He directs the whole affair from heaven to earth. Then it will again ascend to Him on a Day whose length is a thousand years by the way you measure.”(AL Quran- 32:5)

“It is He who sends down water in due measure from the sky by which We bring a dead land back to life. That is how you too will be raised (from the dead).”(AL Quran- 43:11)

Modern research has recently discovered measured quantity. It is estimated that 16 million tons Water/second evaporates from the Earth; it means 513 trillion tons of water/year. Hence it’s exactly the same quantity just as told in the Qur’an.

After the invention of weather radar it possible to discover the stages of rain formation that takes place in 3 stages.1st vapors rise up into the air with the wind. Later, clouds are formed & finally raindrops fall.

“It is God Who sends the winds which stir up clouds which He spreads about the sky however He wills. He forms them into dark clumps and you see the rain come pouring out from the middle of them. When He makes it fall on those of His slaves He wills, they rejoice”(AL Quran- 30:48)

Seas not mixing with one Another:

“He has let loose the two seas, converging together, with a barrier between them they do not break through.”(Qur’an, 55:19-20)

Oceanographers recently discovered that, because of the “surface tension” caused by the difference in the density, the waters of neighboring seas do not mix, just as if a thin wall were between them.

“the lying, sinful forelock” in the above verse the “cerebrum” that’s responsible for the management of particular functions of the brain, lies in the frontal part of the skull. While Qur’an pointed it out 1,400 years ago.

Three Stages of the Baby in the Womb:

“… He creates you stage by stage in your mothers’ wombs in 3 fold darkness. That is God, your Lord. Sovereignty is His. There is no god but Him. So what has made you deviate?”(Qur’an, 39:6)

Emphasis on fingerprints has very special meaning, because everyone’s fingerprint is unique to him/herself. Anyone who is alive or who has ever lived has his own unique fingerprints. Allah points to fingertips 1400 years ago.