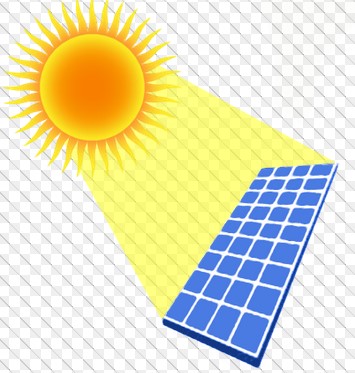 In the last few years, solar photovoltaic panels have significantly dropped in price. More people are beginning to realize the benefits of renewable energy since cost is becoming less of a hurdle. As the cost goes down the level of adoption goes up, which continues to support competitive rates in the marketplace.

Homeowners across the country are glad to see solar power is now a viable option for more people, but question what it is that’s causing the drop in cost. Here’s a look at why more homeowners are taking advantage of the overall decrease in solar panel installation and opting for a solar power system instead of traditional electricity:

The biggest reason for the increase in affordability is the technological advancements that have occurred in recent years. New tech is always the most expensive when it’s first developed. As more companies jump into the market and consumers begin adopting the technology, the prices naturally start to decline.

Technological advancements have been pivotal in solar panel pricing. Since solar cells were first created in the 1800s, scientists have been working to improve the way we harness the sun’s rays. Solar cells have gone from less than 1% efficiency to about 6% efficiency in 1954 to nearly 30% today. Advanced cell structures that are currently being tested have the potential for 46% efficiency.

Even in less sunny areas like Minnesota, solar panels can now generate power for about six cents per kilowatt hour. With rates that low solar power is more competitive than traditional electricity sources like coal and natural gas.

How a solar panel system is set up has a huge impact on its efficiency and power production. With each passing year solar panel installers get better at honing their craft. They’ve also fine-tuned their deployment systems and procedures to streamline installation. As a result homeowners get more bang for their buck and the process goes smoother. Nationwide solar companies like Ion Solar also offer installation with no money down, making it even more affordable for families to use renewable energy.

In addition to boosting energy production, engineers have also developed different types of solar capture products. Leading alternative energy companies like Tesla are developing solar roof tiles that can be used in place of panels. The company hopes to release the tiles in 2017, but haven’t yet disclosed a price. In the past tiles have been developed, however they weren’t affordable enough for mass production.

Businesses are taking a leading role in the adoption of solar as a primary energy source. Utility-scale solar power plants are becoming increasingly more common as cities and companies choose to use renewable energy. Even big factories like Budweiser plan to use solar energy for power in the near future.

There are also utility-scale power plants (10+ megawatts production) being built across the country. These facilities will sell clean energy to residential customers like a utility. It’s quite common for technology movements to begin at a corporate level and trickle down to residential. Solar seems to be a trend in which both markets are moving in parallel. So far there is 8 gigawatts of solar panel projects scheduled in the U.S. for 2017, which is a strong indicator that the residential solar sector will grow again this year.

Right now may be the best time to buy solar panels. The current administration’s budget proposal includes cuts to the Office of Energy Efficiency and Renewable Energy (EERE). The organization research has played a role in making solar panel systems more affordable. EERE has also helped with research into LED lighting and electric car batteries among other energy efficient standards.

Federal, state and local governments have also provided rebates and other incentives for homeowners that are remodeling or updating their house. These government-backed money savers helped tens of thousands of Americans fit renewable energy production into their budget.

The encouraging news is experts believe solar power is now at a point where it can remain competitive and attractive without the added rebates.