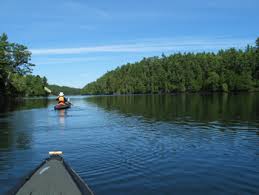 Sociology is the systematic study of society and human social action. The meaning of the word comes from the suffix “-ology” which means “study of,” derived from Greek, and the stem “soci-” which is from the Latin word socius, meaning “companion”, or society in general.So Environmental sociology is typically defined as the sociological study of societal-environmental interactions. Environmental sociology shows a man his place on this planet earth , that what kind of place he is having on the planet , that is steward ship , we are the steward of the planet earth .

Environmental sociology emerged as a coherent subfield of inquiry after the environmental movement of the 1960s and early 1970s. The works of William R. Catton, Jr. and Riley Dunlap, among others, challenged the constricted anthropocentrism of classical sociology. In the late 1970s, they called for a new holistic, or systems perspective. Since the 1970s, general sociology has noticeably transformed to include environmental forces in social explanations. Environmental sociology has now solidified as a respected, interdisciplinary field of study in academia. Sociology developed as a scholarly discipline in the mid- and late-19th and early 20th centuries, in a context where biological determinism had failed to fully explain key features of social change, including the evolving relationship between humans and their natural environments.