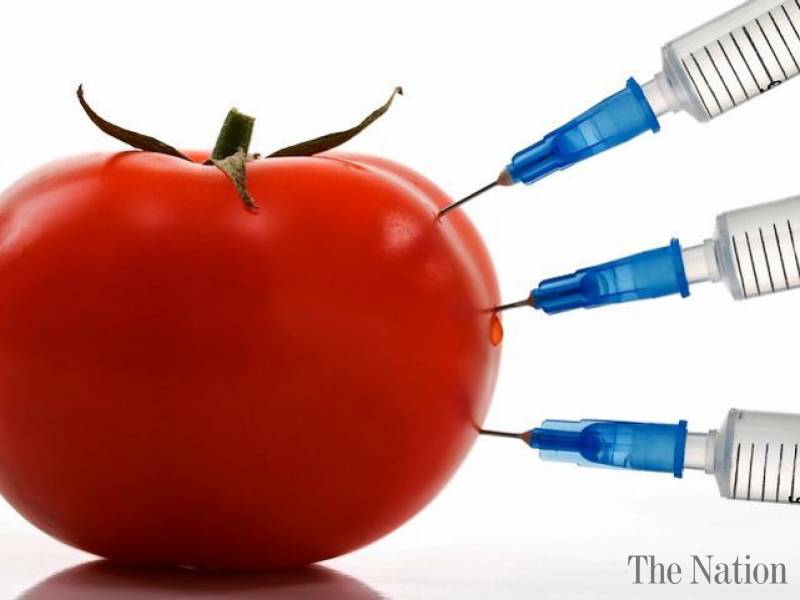 People’s awareness and concern over what they eat and where their food comes from has increased in the last few years. With more and more scandals coming to surface about food contamination in Pakistan, people have been demanding safer and good quality food.  Even though civil society initiatives have cropped up to fulfil this demand and provide access to organic and chemical-free food, the government seems to have put this worry out of sight with the approval of the controversial Seed Amendment Bill 2015. This bill allows the import and commercialization of Genetically-Modified (GM) corn into Pakistan after 15 varieties of GM Bt Cotton were approved in 2014. The debate around the safety and sustainability of GM crops has been ongoing ever since GM Bt Cotton was first introduced in Pakistan in 2010.

What exactly are GMOs?

GMOs are plants and animals whose genetic material (DNA) has been modified in some way by human intervention. This modification is brought about to introduce some desirable trait such as herbicide-resistance, antibiotic-resistance etc. The desired gene is obtained from another species such as bacteria or fish and is then introduced into the DNA of the crop. Such crossing of genes does not and cannot occur in nature and therefore, its safety is a cause for concern.

After a series of failures in India, Argentina, Brazil, and China, the agricultural giants of US are trying to penetrate the agricultural market in Pakistan. For years, the Big Ag companies such as Monsanto have lobbied for permission to commercialize their Round-up ready GM crops in Pakistan. Apparently, they have been allowed to conduct trials in some areas of Khyber Pakhtunkhwa and Punjab since 2009. So far no independent study has been conducted in Pakistan to test the effects on people’s health and the environment. These companies vouch for the safety of these crops after themselves conducting the field trials for only 90 days. Moreover, they refute any study that brings evidence to the contrary. We should ask ourselves if we can we really trust the word of those who would make millions from declaring GMOs safe?

Just two months before passing of this bill, Minister for Climate Change, Mushahidullah Khan, raised serious concerns about adopting the use of GMOs without proper research and regulatory mechanism. He said that the GM crops have been linked to serious health issues such as cancer and infertility. A number of studies have brought significant evidence to counter the industry’s claim that GM foods are safe. One such study was conducted in 2012 by Seralini and team over a period of two years on lab rats which linked GM diet to the onset of cancers, organ damage and premature death. Another study by Dr. Spisak (2015) found that despite assurances from the industry, complete GM genes can pass into our bloodstream from food. Moreover, another study found the presence of Glyphosate pesticide (Roundup) in the urine of people from 18 countries across Europe and its main source was diet. In light of all the evidence, the World Health Organization declared in 2015 that the active pesticide (Glyphosate) found in Roundup ready GM crops “probably” causes cancer in humans. Countries such as Brazil and El Salvador have banned the herbicide- Roundup joined by Sri Lanka after it was linked to more than 20,000 deaths from kidney failures. And yet, the Senate committee goes ahead and approves the amendment to the Seed Act of 1976.

An argument is usually put forward that genetic engineering of crops is crucial to feel the world’s growing population but it has been proven time and again that other methods such as organic farming and agroecology are equally capable of doing that. Pakistan, being an already food insecure country, should take caution when permitting multinational companies to come in and take control over its agriculture. Especially when we know that there is no check and balance mechanism in place to monitor and regulate the imported seeds. Without proper research and regulation, this would perpetuate food insecurity, farmers’ plight and environmental degradation like it has in other South Asian countries. I can only hope and pray that Pakistan learns from the mistakes of others and stops the spread of GMOs before it’s too late.

View all posts by Amber Ajani →