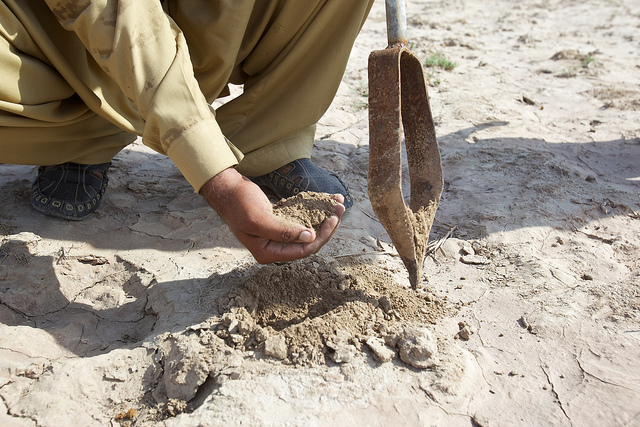 Since the immemorial times, agriculture is adopted by man as a profession that provides him food, clothes and shelter. Agriculture not only provides raw material for primitive industry but also plays a role in the uplift of social status of human in the society.

The history of world shows that the nations achieved their rise when they become self sufficient in food but faced fall when their agriculture destroyed. Like other Asian countries, Pakistan also has an agro-based economy. It accounts for 20.9 percent of GDP and employs 43.4 percent of the total work force.

Agriculture contributes to growth as supplier of raw materials to industry as well as market for industrial products and also contributes substantially to Pakistan‘s exports earnings. Almost 66.7 percent of country‘s population lives in rural areas and is directly or indirectly linked with agriculture for its livelihood.

The crop production in Pakistan is lowest as compared to the world‘s averages. The main reason behind this is the water logging and salinity which directly effects the crops production and indirectly affects the livelihood of the depended people.

Water logging is the saturation of the soil by groundwater sufficient to prevent or hinder agriculture. Water logging in its purest sense is the soil condition with little or no oxygen in it so the plants root function is impaired, restricting its ability to take up nutrients and photosynthesis properly.

It is mainly caused due to the inadequate provision of surface and sub surface drainage and poor water management. Poor agricultural and drainage system and also occur due to the seepage from the rivers, canals and other irrigation channels into the nearby lands.

When water collects in the soil for prolonged time without infiltrating, it causes to increase the water table of the soil which leads to the water logging. When water accumulates in a specific area the amount of salts and minerals also becomes dissolved and moves to the upper horizon which forms white salty layer and leads to salinity.

Thus knowing the severity of the problem proper mitigation measures like growing of Eucalyptus in water logged areas, using of Gypsum, modification and up gradation of existing SCARP project and renovating and implementation of modern and scientific agricultural and irrigation practices should be addressed for the minimizing and reducing the impacts on crops production which will not only helps in the increase agricultural yield but will also boost the agricultural economy and would lead to the sustainable development.

This Article is Written By “Muhammad Ziad” Guest Author At Envirocivil.com

One Comment on “Water Logging A Nuisance in Pakistan”