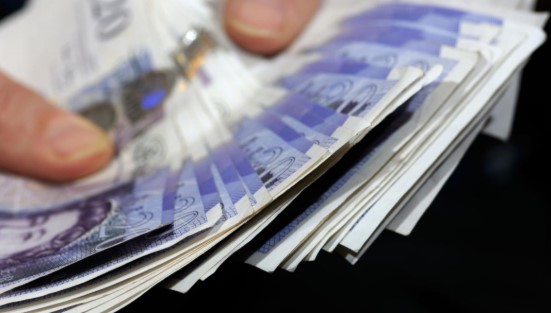 Fears of coronavirus spreading through cash have been diffused by health authority engagement. Despite this, shops in many countries refuse to accept cash payments. This is not only an abuse of people’s rights it is a direct attack on the poorest people living on the unbanked fringes of society.

Around the world, shoppers are increasingly being faced with signs from retailers refusing to accept cash. Many shops have imposed card-payment-only policies out of fear of coronavirus transmission on banknotes, or introduced limited cash-use registers.

Such moves have likely been spurred by the reactionary decision in South Korea to burn money deemed contaminated, or that of China, where certain banknotes were taken out of circulation for a 14-day decontamination period.

While permanent refusal of cash goes against EU law, in other territories such as the UK and the US, it is permitted. However, legalities aside, the reasoning behind these measures is deeply flawed.

The World Health Organization has already discredited reports that banknotes are a particular risk. So too have a multitude of health and disease experts.

Indeed, a sensible analysis of the situation tells you that all high-touch surfaces and objects, from door handles to card readers, are equally problematic. So too is the mobile phone and debit card retailers prefer, for that matter.

Even the Bank of Canada “strongly” urged national retailers to stop refusing cash payments so that people have access to necessary goods and services.

“Refusing cash could put an undue burden on people who depend on cash as a means of payment,” the central bank said in a statement, confirming that people were just as at risk from household items and public surfaces.

Punishing the most vulnerable

The only effect that cash refusal accomplishes is the increased marginalisation of vulnerable people.

It can be difficult for some people to consider this, but there are those out there who do not snap up the most recent payments apps or digital wallets every six months, not because they are not interested — because they simply lack the means.

The World Bank indicates that around 1.7 billion people globally are unbanked, having no access to a bank account of their own. In the UK, the figure is 1.3 million people, of which, the majority are low income earners.

As has been observed for many years, with every push to eradicate cash from the economy, these individuals must feel themselves pushed further and further to the edges of society. Beyond the practical hurdles this creates, there is a psychological price as well.

“Only a few years ago, cash was normal. Now it almost makes you an outcast, especially in a big city,” explained Alice Hearing, a writer for the Financial Times recounting her experiences living on only cash.

She noted that it was increasingly difficult for those who rely on cash to get by, creating a brutal pressure during the crisis.

Shops are already geared towards card payments. On top of the usual inconveniences of the forced phasing out of cash, homeless people and the elderly who have never used online banking or digital payments have to contend with the added stress of retailer paranoia narrowing the options.

A trend that must end

“We are concerned this will leave many vulnerable people unable to pay for the basics they need,” said Gareth Shaw, head of money at Which?.

The government and retailers need to find a way to ensure that the millions of people who rely on cash, that may not have a bank card, can still pay for essentials during the crisis, he added.

Evidently, the alternative payments companies of the fintech world do not concern themselves with these kinds of problems, promoting cash-related fear and anxiety online while simultaneously encouraging more rapid adoption of their products.

Not only do the most vulnerable suffer more than others because of their limited means to protect themselves during the crisis, they are being further affected by the already discredited conspiracies of alarmists and corporate profiteers.

The actions of companies who refuse cash payments are an unnecessary, unacceptable aspect of a trend in social exclusion that must end — financial freedom is financial inclusion.