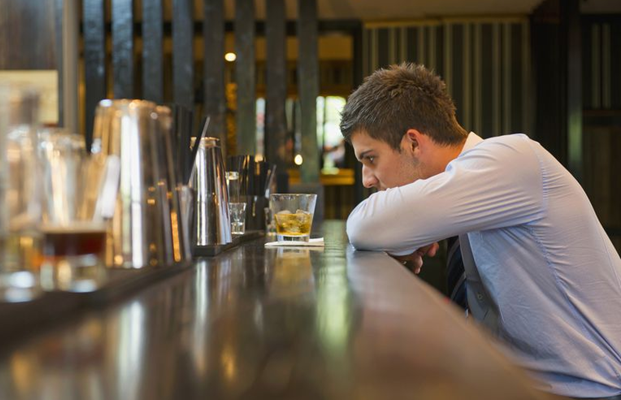 Regardless of your beliefs or backgrounds, it is possible that you may experience addiction. It remains a misunderstood condition though – especially since many people do not know why chances are higher in some people compared to others.

You may think it is because of moral values, but the truth is that addiction is much more complicated than that. Many factors will contribute to whether you will become addicted to drugs or alcohol, or anything else such as gambling, work or shopping. Various factors will play a role, such as your medical history, age and genetics. In addition, certain drugs and their consumption methods will make some of them have greater addiction rates compared to others. Here are some of them.

Many people seem to have the misconception that addiction is because the morals or willpower of the person was weak. However, addiction is actually a disease, because the chemical reactions within your brain will be the cause of you developing an addiction, and they may not happen in the same way for someone else. That will explain why one person keeps on drinking alcohol for pleasure purposes, while another person tries it and becomes addicted after a few bottles.

A major risk factor for addiction is the hereditary aspect. In fact, the NIDA (National Institute on Drug Addiction), your risk of developing an addiction to various drugs is half of the risk. If you have family members who are addicted to the substance, you are likely to have the same problem.

People with the so-called ‘addictive personalities’ are also at a high risk of developing various addictions. For instance, if your father was a cigarette addict, you may not be addicted to cigarettes, but you might have addictions to other things, such as gambling.

The environment you grow up in

The environment you grow up in can increase your risk of addiction. For instance, many people who struggle with addictions tend to have problems with their parents, especially in terms of neglect. They may grow up to find their solace from this neglect or abuse in experimentation with drugs and alcohol, and also engage in risky behavior.

Peer pressure can also be another factor that leads to addiction, especially for young people in their teens and early twenties. This pressure may not always be the aggressive variety, but the constant subtle pressure the young person feels because they want to ‘fit in’  has higher chances of creating a place of experimentation with various substances.

In addition, the more available the substance is around you, the higher your chances of becoming addicted to it. A good example is the large quantities of marijuana and alcohol that are available to students in their college years, and which leads to addiction to these substances.

When you are in the stages of addiction recovery in a drug rehab, it is best to avoid environmental triggers. This includes certain people or locations that remind you of your drug abuse days. When you hang out in these places or with these people, it is highly likely you will get cravings all over again, and this increases the risk of relapse – even after you have spent quite some time being sober.

Dual diagnosis means that you have a mental health condition as well as an addictive disorder, including anxiety. When you have an underlying health issue, it can increase the risk of getting addicted to a substance, and the addiction can also increase the severity of other conditions.

The result of this is a vicious cycle, where the addiction progresses in severity very quickly and leads to severe outcomes. Even though you may feel like the drugs or alcohol is reducing your symptoms (a common aspect with self-medication), it is actually making them worse in the long term.

The risk of addiction can also increase because of other medical conditions. For instance, when you take prescription pills after going through a surgery, you might increase your risk of addiction. Going through a major illness or injury that forces you to change your overall lifestyle can lead you to using drugs as a form of coping with the pain and loss.

This is why it is important to discuss with your doctor about better strategies you can utilize to cope, especially when you go through major changes in your lifestyle and health.

The age that you start taking substances will also play a major role in the chances of addiction. studies done by the NIDA (National Institute on Drugs and Alcoholism) reveal that young people in the late teen to early twenties age bracket are the most likely to develop disorders relating to drug addiction when they start using these substances at these ages.

It is also important to remember that at this stage of life, the brain is not fully developed, so these substances impact the brain much differently and stunt your brain development. This increases the chances of developing mental health disorders especially as your addiction progresses and as you get older.

The drug you use

The object of addiction also plays a part in how quickly you become an addict, as some drugs take a longer time to create addictions compared to others. The method you use to consume them can also determine how fast you will become addicted.

For instance, the so called ‘hard drugs’ like heroin, methamphetamines (crystal meth) and cocaine will have higher addiction rates compared to marijuana or alcohol, since they have a stronger effect on the brain. Their withdrawal symptoms are also stronger and cause more physical pain, meaning you need them to reduce the symptoms – leading to faster addiction.

This will also increase your risk of developing more serious complications, which include overdoses – because of the high tolerance they create.

The most important thing to do when you are suspecting you have an addiction is seeking out medical help. They can recommend medication or counselling, to help you recover and regain your health.