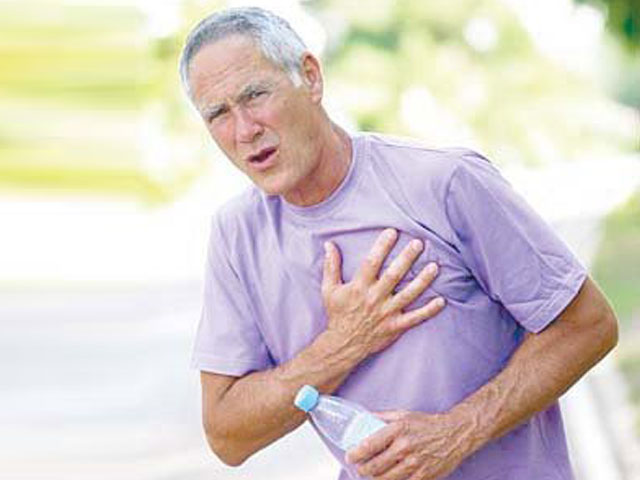 You may be surprised to know that sometimes the chest pain you are experiencing may be just a mental projection of a pain, when there is no pain at all. Such kinds of disorders are referred to as psychosomatic disorders, referring to the mind (psych-) and body (-soma) interaction involved in such kinds of health problems. They are also sometimes referred to as Somatoform disorders, and are the commonest kind of disorder observed in General Practice.  In such scenarios, a significant physical distress is caused or made worse by the intervention of the mind. For example, stress or anxiety can cause acute chest pain in some people, which can be mistaken as an exclusive physical symptom. In fact, when such kind of chest pains are investigated medically, no known causes are observed, thereby proving that it is only an illusion of the mind causing the ‘pain’ as it is. However, the illusion is so ‘real’ that the patient feels the acute pang of persistent pain, which can be accompanied with other symptoms like nausea, headache and vomiting. In such cases, when a chest angiogram reveals no apparent reason for the pain, the symptom is medically known as Symptom X. Such angiogram negative chest pains are well-recorded across global medical communities and are areas of active research. Such pain is thought to be caused by the action of the involuntary nervous system and internal secretion from the glands.

The general registered causes of such psychosomatic chest pain include:

Since the above causes all refer to scenarios of great mental impact, it is important to understand that the mind plays a major role in defining the metabolism mechanisms of our physical entities. The mind, which originates from the brain, is a complicated entity by itself and is yet not completely understood by the medical community. In fact, even in the 21st century, the mysteries of mind remain largely mysterious to doctors and the general public alike. However, one thing that is clearly accepted is that all diseases are more or less psychosomatic in nature as nothing happens without the interaction of the mind and the body. The body does not exist without the mind; therefore, doctors are increasingly considering the impact of the mind in treating general physical illnesses. Many doctors nowadays treat a particular physical symptom as not an isolated or distinct syndrome, but as a part of the whole mind-body mechanism. Advanced doctors therefore make it a point to ask about social mental factors while treating diseases.

The mind body interaction and responsibility of doctors

However, this can be tricky. The patient may initially feel that the doctor is not paying attention to his/her illness and trying to prove that it’s ‘all in the mind’. This is a very tricky situation as in fact, every physical aspect has a mental existence. Our actions are guided by our minds, and so are the physical distresses. The actual problem is in the general perception that any illusion of the mind is a mental illness and that should be treated to make it ‘normal’. Mental illusions and hallucinations are often seen in a ‘fearful’ and negative light due to a common twisted perception of madness. However, when we think of all the cruelty and inhumane acts, that we ‘normal’ people are capable of doing, the line between normality and insanity often seems hazy. That is a different discussion though, although exactly not out of the context here.

Therefore, the responsibility of the advanced doctor is to suggest to the patient that the mind plays a very active role in the perception of pain and also in the healing process. With proper balanced interaction of mind and body, a fast healing of the physical distress is very much possible. It is necessary to remember not to panic, as in panic the mind aggravates the condition of the disease.

Varieties of medical treatments are available for treating such conditions. SSRIs or the Selective Serotonin Reuptake Inhibitors are increasingly used in treating psychosomatic chest pain and with good results. Other therapeutic techniques such as cognitive behavioral therapy, relaxation techniques, cognitive restructuring etc. are being used to treat such conditions. Additionally, other healthy living practices like following a healthy diet, regular exercises, and regular sleep patterns can go a long way in treating such conditions.