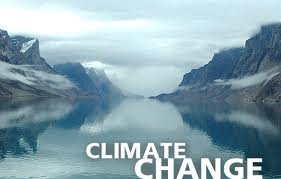 While renewable energy sources could help mitigate climate change and tackle energy crisis, it is up to the Pakistan Government to take necessary actions and make that possibility a reality. Pakistan is among the most-affected countries by climate change worldwide. At the same time, it has been crippled by a raging energy crisis for the last few years. A large number of studies and policy recommendations have been produced on these issues without much visible impact.

In the backdrop of this: what needs to be done in order to support – and/or – pressurize the government to implement a meaningful policy on climate change and energy? Do we have enough on-the-ground knowledge to tackle both issues or do we need more research? How can we network with relevant actors such as civil society and grass-roots activists, academics, think-tanks, media, private sector and government officials in order to address the problems more efficiently?

Whole these questions were discoursed in a recently convened strategy workshop on “Climate Change, Governance and Energy” by the Heinrich Boll Stiftung (HBS) in Islamabad on January 21, 2013. The HBS in fact endeavors to see a role it can play as an international organization to help build capacity and momentum towards alternate energy options such as renewables. The workshop was attended by a number of experts including civil society activists, Government officials, academicians, environmental lawyers and journalists.

In view of soaring prices, limitations and climate change; many countries are going through or planning to transit their focus from fossil fuel and nuclear energy to renewables. Germany, for instance, is undertaking a major energy transition towards renewables, leaving coal and nuclear power behind. Germany’s process of successful energy transition is currently discussed and appreciated in Pakistan as well. The transition of Germany also confirms a pro-renewable agenda in developing countries such as Pakistan where bulk of the population still lack electricity and gas. There is thus urgent need to study and brainstorm on lessons that can be drawn from Germany for a renewable energy strategy in Pakistan.

To follow the course to a greener energy future, Pakistan is in fact in a very good position to exploit these alternatives because it has abundant wind and sun. A transition to other alternate energy options is also inevitable in view of ongoing energy crisis in the country.

Pakistan is currently meeting its energy needs derived from five main sources i.e. oil (36%), natural gas (27%), hydroelectricity (32%), coal & nuclear power (5%). Energy consumption pattern shows that industrial sector consumes large part of the energy followed by the transport; domestic & commercial; and agriculture sectors. The country currently acquires most of the electricity from private power plants that mainly depend on fossil fuels (oil & gas). In view of depleting oil and gas reserves and rising international oil prices, domestic prices are on the rise and a huge gap between demand and supply of the both electricity and gas. As a consequence, consumers are facing burden of the power and gas load-shedding and are also paying huge bills.

During the course of HBS workshop on “Climate Change, Governance and Energy”, as mentioned above, a number of issues and options were put on the table by various learned experts. Some key areas of emphasis are summarized below in bullet form: