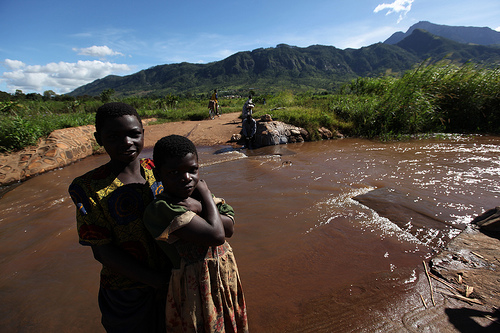 The authenticity of climate change has been committed by scientific community. The physical and biological systems are increasingly being affected by increasing temperatures. Ongoing changes, such as sea level rise, and climatic zones shifting due to higher temperatures and changes in precipitation patterns are the result of climate change. The frequency and magnitude of extreme weather events such as droughts, floods, and storms is going to be increased due to climate change. These weather events force people to migrate to other areas and to face the many diseases.

Access to drinking water is being decreased in many areas due to climate change. It pessimistically affects the health of poor people, and risk to food security in many countries in Africa, Asia, and Latin America is also being observed.

Agriculture is the source of income of many families in developing countries as precipitation patterns are being affected greatly by climate change, it can led to floods as well as drought conditions. These both conditions have negative effects of climate change on poor people as their crops are destroyed in both situations. This is also a great loss to our economy as combating poverty is a major issue for our economy.

The areas of tropical and subtropical region are most vulnerable to climate change. Hence, the poor countries with the smallest number of resources are likely to put up with the greatest burden of climate change in terms of loss of life and effect on investment and the economy.

A large number of sectors providing basic living services to the poor in developing countries cannot cope even with today’s climate variability and stresses. Over 96% of disaster related deaths have occurred in developing countries in recent years. Often, extreme weather events set back the development process for decades. With fishing grounds depleting, and droughts, floods, and storms destroy whole annual harvests in affected areas. In many developing countries, climate change already increases stresses from climate variability and extremes and will do so increasingly in the future.

Remember, Climate change effects the globe but maximum on those area which have poverty and less education.

So this is the need of hour to make some strategies and mitigations for the adaptations to climate change and contributes to control the increased rate of poverty.