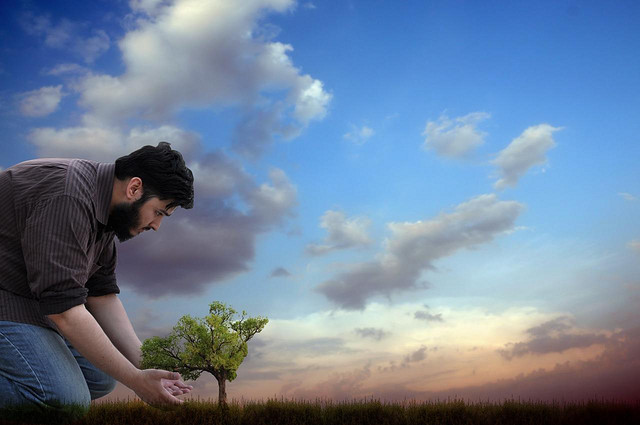 Allah says in Surah Rehman: “You will not find in any fault in the universe of Rehman. Look at it do you find any fault look at it again and again and your sight will be disappointed”. In Quran, It is repeatedly again and again that man should not to do such activities that entail spoiling the Planet Earth after Almighty. Allah has created earth to find out his hidden resources and gifts. Allah does not like those people who spoil the life. It includes spoiling environment as well as polluting it.
From above verse we, concluded that Allah has created everything in fixed proportion, amount and in balance. Allah declared these all as;
“Verily, all things have We created by measure” (Quran 54:49)
“Everything to Him is measured.” (Quran 13:8)
“And We have produced therein everything in balance.” (Quran 55:7)
If we observe the universe keenly, we have found a lot of beautiful things like huge mountains, green forests, flowing water in between from the rocks, color full birds, beautiful animals, flowing and non flowing lakes, singing birds and many more. In short, there is diversity in nature. These all things gave evidences us that there is one and only Allah. Allah described it in Quran as,
“He Who has spread out the earth for you and threaded roads for you therein and has sent down water from the sky: With it have We brought forth diverse kinds of vegetation. Eat and pasture your cattle; verily, in this are signs for men endued with understanding.” (Quran 20:53-54)
The environment is badly affected by anthropogenic activities like deforestation, urbanization, industrialization, pollution and desertification many more. There are countless examples of anthropogenic activities. Many of the species of plants and animals are extinct and disappeared from the planet earth by only the activities of man. These activities of man cause disturbance in natural balance of planet earth that leads to climate change.

Not only the climate change, but health problems are also appeared. In short, it is not wrong to say that we are causing corruptions by polluting our planet earth and we are acting like corrupters. Allah said for the people who are doing injustice with earth as,
“Mischief has appeared on the land and sea, because of (the need) that the hands of man have earned, that (Allah) may give them a taste of some of their deeds: in order that they may turn back (from evil).” (Quran 30:41)
Allah created man on this planet earth and he also wants that man should also preserve his habitat. In Holy book Allah said,

“Seek not mischief in the land, for Allah loves not those who do mischief.” (Quran 28:77)