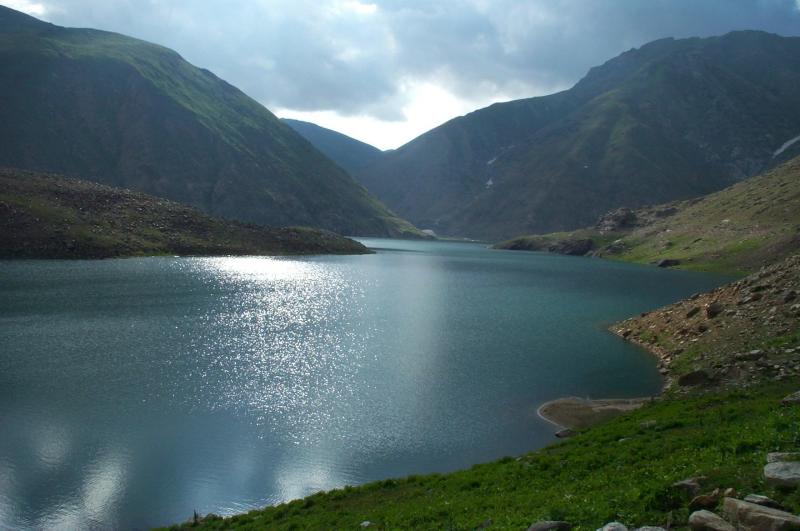 The word “lulu” means long and “sar” means lake so the lulusar means long lake and it is just because lulusar is the longest lake in kaghan valley. The Lulusar Dutipatsar National park is situated in naran valley 350 km away from mansehra , Khyber Pukhtunkhwa Province, Pakistan. At an altitude 11,200 ft (3,410 m) and located in between Ghatti Das and Baisel villages.

Forexample Erosion and pollution had tremendously decreased the serenity and beauty of this area, in addition ill managed tourism activities and overgrazing of livestock has increased day by day. Beside, these Alpine Pastures are habitat of many internationally threatened Wildlife species. To arrest habitat degradation and losing beauty of this natural national asset, kpk Wildlife department declared this lake and its watershed as a National Park. This National Park was declared under section 16 of “kpk Protection, Preservation, Conservation and Management Act 1975”.on 28 / 03 / 2003 through the (notification number SO (Technical)/VIII-Gen/2003 Government of NWFP).

People disposed solid waste in the lake, due to which the population of Rainbow trout is decreased similarly people use dynamite in water and electric current causing decrease in trout fish population.

Based on survey the  local people living in the national park area shows that most of the people in national park area were migratory herds , they came to the park during summer season i.e (June –August ) where they graze their livestock on pastures. Which result in the decrease of the flora of the park the Lulusar dutipatsar national park is famous for natural beauty and fresh water springs and lakes. Due to increase pressure of human and livestock the flora of the park is decreasing it is very significant that government should take immediate action on priority basis to conserve the biodiversity of national park.

View all posts by Abdul Haseeb →