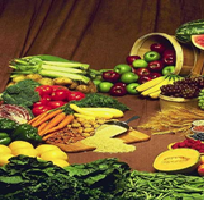 Food security is in fact much more than just food production, distribution and consumption. Food is the top most priority of everybody since our inception. It gives us energy to grow and live stronger. Apart from dietary needs, food has a cultural value as well. Many cultures hold some food preferences and some food taboos. Dietary choices can also define cultures and play a role in religion. For example, only halal foods are permitted by Islam, kosher foods by Judaism, and in Hinduism beef is restricted. In addition, the dietary choices of different countries or regions have different characteristics. This is highly related to a culture’s cuisine.

How to define food security? The World Food Summit (1996) defines it as, “food security exists when all people, at all times, have physical and economic access to sufficient, safe and nutritious food to meet their dietary needs, and their food preferences are met for an active and healthy life.” The right to food is a human right derived from the International Covenant on Economic, Social and Cultural Rights (ICESCR), recognizing the “right to an adequate standard of living, including adequate food”, as well as the “fundamental right to be free from hunger”.

Food safety and food sovereignty are other terminologies very common in the food related discussions.  Food safety describes handling, preparation, and storage of food in ways that prevent foodborne illness. Food can transmit disease from person to person as well as serve as a growth medium for bacteria that can cause food poisoning. In some countries, there are complex standards for food preparation, whereas in poor countries the main issue is simply the availability of adequate safe water, which is usually a critical item. The five key principles of food hygiene, according to WHO, are:

Food sovereignty, a term coined by members of Via Campesina in 1996, is about the right of peoples to define their own food systems. Advocates of food sovereignty puts the people who produce, distribute and consume food at the centre of decisions on food systems and policies, rather than the demands of markets and corporations that they believe have come to dominate the global food system. This movement is advocated by a number of farmers, peasants, pastoralists, fisherfolk, indigenous peoples, women, rural youth and environmental organizations.

How to secure food? If the food distribution systems and the patterns of food consumption in our society are somehow rationalized, there is enough food already being produced and available all over the world. For instance, let us take the food consumption aspect alone and we find that our dietary needs have already been reduced over the time due to our changing lifestyle in which we do not have much physical activity. Essentially, we need small amount of food to provide energy to our body. Since eating is also a source of leisure and amusement, we serve and eat food irrationally. Moreover, we also abandoned our traditional healthy food habits substituting them with packed and fast foods. Fatness, obesity and related medical disorders are now very common as a result of new lifestyle and changing food habits.

Food for thought: if we go through our routine food menu or the food we currently take in, the “real-food” is in fact meager as compared to a large quantity & variety of “junk-food”. Junk-food is injurious to health but we still prefer to take it because we consider food as an enjoyment rather than a body-need. Or in other words, “we take it because it tastes good and it satisfies our obsessive appetite”

In spite of appended above facts, there are many issues to be rectified in the system of food production as well. Modern agricultural technologies have affected the aroma, taste and the culture of food. New food varieties with increased use of chemical fertilizers and pesticides have had a severe health impact directly and indirectly. Direct health impacts involve consumption of contaminated food and water with chemical pesticides & fertilizers. The indirect health impacts involve environmental degradation; climate change; extermination of local variety of food and uncultivated food; loss of biodiversity; etc.

Other issues that contribute to ongoing food insecurity in the country are discussed as under:

Population: Pakistan’s current estimated population is over 188 millionmaking it the world’s sixth most-populous country in the world. During 1950–2012, Pakistan’s urban population expanded over sevenfold, while the total population increased by over fourfold. As a consequence, a lot more food is currently needed to meet dietary requirements of the masses.

Urbanization: The growing populations of urban areas and new urban settlements are currently making food security even more challenging. The fertile land outside cities available and used earlier for food cultivation, livestock and dairy farming is now increasingly been converted into housing sectors. As consequence, rural agriculture sector has got immense pressure to produce and provide food to huge numbers of urban settlers. Kitchen gardening has traditionally been the central feature of households and a source of fresh vegetables and fruits. Houses were often had a garden space in the backyard for kitchen gardening that has completely been abandoned due to population and housing pressure.

Cash Crops replacing Food Crops: With the introduction of so called Green Revolution agriculture technologies in the country, agriculture has become a rich-men business. While poor farmers are failing to meet the increased cost of agricultural production and are suffering economic losses; the rich-ones and opportunist investors have replaced food crops with cash crops such as cotton, sugarcane, Kinoo, tobacco, banana, etc.

Gender Role and Discrimination: Women are involved from three dimensions of food security, i.e., production, availability and accessibility. At household level, women play a decisive role in food security, dietary diversity and children’s health. Pakistani women remain involved in various stages of food production not only in family farms but also in others farms in the village.  Because of their responsibilities of fetching water, collecting fodder, firewood and crop residue, grazing animals, and collecting plants and herbs for either own use or to sell as food or medicine, they remain closely associated with natural resources and therefore have better knowledge about them. It has been observed that with the introduction of green revolution technologies and heavy farm machinery i.e. tractor, harvester, thresher, etc., women participation in agricultural activities have consistently been limiting and food insecurity at the rural level is linked with change in gender roles in agriculture. Given women’s crucial role in food production and provision, strategies for sustainable food security must address their limited access to productive resources including access to land, assets and financial resources.

Degradation of Ecology: Due to local interventions i.e. use of chemicals in agriculture, deforestation and industrial pollution, and natural disorders i.e. climate change and global warming, the ecosystems of the country have been effected negatively. As a consequence, cultivable land in consistently decreasing and weathers are consistently changing that have had an impact on food production.

Food Sovereignty being compromised: The major food sector is currently being controlled by the multinational/national corporate sector i.e. Monsanto, Engro, etc. and the market forces. The government has repeatedly failed to protect right of its peoples to produce, distribute and consume food for themselves, rather than on the demands of markets and corporations.

Politics in Food: Lastly, the food has remained a subject of politics as well. At many instances, surplus food remained available in one corner of the country but poor people were allowed to die of hunger at other corner at the same time. Similarly, it has also been reported repeatedly in the media that a bulk of food was exported by the government and vested groups despite food insecurity prevailing in the country.

One Comment on “Food Security Issues and Challenges in Pakistan”