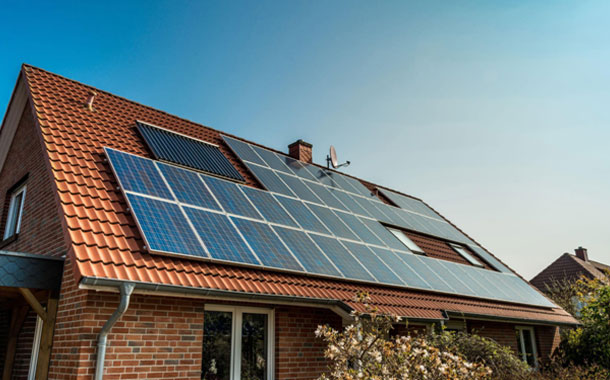 We all know with the advent of modernity and technological advancements, the most crucial thing we are running out of is our natural resources. Electricity has been of utmost importance since the time of its invention, and our world seems to be nothing without electrical power now.

However, it is also one resource that is used and over-used the most, creating shortages of supply and other issues everywhere. The expenses are not exactly very bearable all the time and by everyone, and so, a good alternative like solar energy is feasible for the reasons listed below.

At first, people might be sceptical about the expenses they might have to bear for setting up solar power circuits. However, what a lot of people don’t understand is that solar power is a one-time investment. The solar panels and systems need a good sum of money for the initial setup, but it is the only time one has to spend that amount of money on it.

The remainder of the process does not require any more big investments. A household or an office’s consumption of energy throughout the years might cost more than the estimated budget, but investing in a solar power system would mean a one-time investment and one that is going to last long at a lesser expense overall.

There is no end to it

Solar energy, in the true sense of the term, is infinite in nature. If you think properly, there is no end or shortage of solar power across the globe. Solar energy can generate solar power and run an entire building with the help of technical advancements, and all of this will happen without any worries of power shortage.

That is because solar energy is absolutely renewable, at least for a billion years now. The primary reason which makes switching to solar power more viable is that the source of energy is natural. You get sunlight from the sun, and that is moderated into the power supply. A solar panel system receives the entire time when there is daylight and conserves it for the night as well. This is how solar panels can make your living better in so many ways.

Wind energy jobs have been quite popular for the past five years, and the solar energy sector is also not far behind. Electrical power is a necessity in today’s world. An office can run without its employees not having lunch one day, but cannot function without power.

You can understand what it has come to. With plenty of solar energy companies growing by the day, there are more vacancies created in the sector. Any company would need a sufficient team of employees to keep their company running. This newly-created vacancy has created more opportunities for unemployed people who possess technical skills to put those to use and be productive.

Reports show that by 2030, the energy sources will be pushed to 35 percent. Statistically speaking, there has been a 5 percent jump in employment since solar power plants and companies have started hiring.

Another essential reason why solar power is feasible is that it is incredibly safe. Environmental issues and climate change seem to have become more critical at this point in time, and it is essential that we do something about it.

Natural resources and nature have been exploited for our needs for a long time, and its consequences are starting to show through various disasters and shortages. While other forms of generating power usually involve the emission of toxic chemicals and gases that do a great deal of harm to our surroundings.

The adoption of solar power systems can help lessen it by a few notches and will be a significant step towards environmental conservation. Conventional electrical units require power transformers that are quite difficult to handle.

There are multiple risks involved for individuals who regularly work with these transformers. Not just employees but other people have also been harmed by unfortunate incidents in the past.

In case people are running out of business ideas or want to invest their capital into something productive and profitable at the same time, there is nothing better than a solar power plant or company. The world needs more of these agencies that can provide them with solar power at reasonable expenses. As per statistics, the demand curve is sharply rising for solar panels.

This time, it is not only for households; bigger corporations are looking at solar power as a viable means of running their offices and buildings. As these companies have enough capital to make this kind of a one-time investment, the amount that they save is huge. Switching from conventional energy providers has been in the business for long, but if you decide to set up your own solar energy provider business, then be ready to rope in the profits.

The Greeks and the Egyptians have long had the idea of solar energy usage, and have even tried to make something out of it. There are historical records present as evidence for these plans, and how they are feasible until this date.

The only significant difference is that now it would be even easier to implement these architectural plans owing to the scientific privileges that this century has. There are easy examples of how these plans work, and the most common one is placing the building towards the south. This would ensure an ample amount of light and heat reaching the building, enough to keep the panels function correctly.

A lot of things are kept in mind before chalking out the final plans for any building. Orientation in context to the sun, making the most out of smaller spaces, and thermal mass— All of these considerations need to be made in relevance to the climate in a particular area to move ahead with the solar design. Well-lit spaces are liked by everyone and more so if they are yielding something productive.