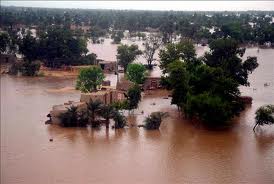 Pakistan is one of those countries who had seen most of natural disasters during last decade in south Asia.  Earth quakes, floods, terrorism badly hit this country one after another but every time our departments and ministries making promises that next time it will not happening and sometimes it is stated from government side that we are ready for disaster after early call about a disasters but every time at the end we are accepting that we had learned lesson and next we will overcome on these shortcomings due to which we have not efficiently managed last disaster.

Recently Pakistan’s meteorology department again reminds to government and public organization to be prepare for floods which may affect our coastal areas of kyber pakhtunkhwa. Personally I am feeling and recommending that before any planning for future we may again read the lessons taught by the disastrous flood of 2010 in Pakistan to us. Following are the areas identified during floods of 2010.

1)      Lack of Capacity: Capacity  was  an  issue  not  only  for  NDMA  but  also  for  most  stakeholders  including  UN Agencies, INGOs and national NGOs.  The short-term deployment, sometimes for as little as two or  three weeks,  of UN  and  INGO  personnel  to  Pakistan  from  other  emergencies was identified by stakeholders as a problem area, as they had little time to understand the ground realities  before  leaving  again.  Creating sufficient surge capacity both nationally and internationally is an area to be addressed for future emergencies. Management  and  capacity  issues  presented  a  serious  challenge  in  Punjab  and  Sindh.  In Khyber Pakhtunkhwa,  people were  trained  over  a  period  of  time  in  best  practices  of  camp management, food distribution and development of systems, the capacities that rarely existed in the south and this led to shortfalls and delay in response.  This capacity was built up later but critical time was lost in the process. The delay had a profound impact on providing rapid assistance to the affected people and increased their suffering.

2)      Lack of Coordination: Coordination  was  one  of  the most  challenging  and  complex  aspects  of  the  relief  phase, whether  between  centre-province,  government and UN,  inter-agency  or  within  the  overall humanitarian  community  in  general.  Many  stakeholders  interviewed  highlighted  the coordination  challenges  between  NDMA  and  the  PDMAs.  While  there  were  significant successes in the coordination mechanisms utilized, such as the various clusters at the federal and regional  hub  levels,  and  the  Strategic  Leaders  Forum,  there  were  also  examples  of coordination  shortcomings  that  need  to  be  addressed.  For example, a lack of effective coordination was also identified by some stakeholders in relation to the UN’s internal strategic decision-making processes, because of differences amongst the top-tier UN leadership in the country and among these agencies. Coordination issues between the GoP and the UN were highlighted by many stakeholders. There were several key areas of contention between the GoP and the UN that led to tensions and delays that could have been avoided.

1)      Strategic shifting: Affecting  a  strategic  shift  of  relief  efforts  to  Punjab  and  Sindh  as  the  floods  moved southward  through  the  country  proved  a  challenge.  The  IDP  crisis  in  2009  had  seen  a mushrooming  of  INGOs  and  national NGOs  and  an  alignment  of  donor  support  in Khyber Pakhtunkhwa. Warehouses, systems and networks were well established and when the 2010 floods  struck,  there  was  a  comfort  level  in  operating  there  for  many  organizations.  Conversely, Punjab and Sindh had not suffered such major emergencies in the recent past and systems were almost non-existent. Local  NGOs  in  these  two  provinces  had  little knowledge  on  how  to  prepare  documentation  for  donor  funding,  making  it  difficult  if  not impossible  for  them  to  receive  support.  INGOs were  slow  to move  to  the  area  and  it was difficult  for NDMA  to  encourage  them  to make  the  strategic  shift  to move  or  expand  their operations from Khyber Pakhtunkhwa into southern parts of Punjab and Sindh.

2)      Civil and military collaboration: The cooperation, collaboration or complementarities of civil and military stakeholders in an emergency is integral to a successful response.  In the Pakistan floods, the relationship between the civil and military sectors was mostly effective and harmonious.   However,  there was a lack of clarity on some issues with regard to sharing of information between the military and  humanitarian  community  that  needs  to  be  resolved  in  future  disasters  to  avoid overlapping and duplication  in distribution of  relief goods. Other issues that arose related to the ‘last resort’ guideline for use of military assets, and the use of armed escorts for NGOs.

3)      Media criticism: In the early days of the emergency, the media was focused on criticizing the government and raising allegations of corruption.  This  detracted  from  the  impetus  to  contribute  to  the  relief efforts  by  the  public  and  donors. While  such  undue  politicization  of  the  relief  efforts  was considerably damaging  in  the short run,  the situation  improved with more efforts  to sensitize the media on the needs of the people, and significant efforts by media groups to launch their own appeals to support relief efforts.

4)      Parallel decision making bodies: Parallel decision making bodies created confusion about mandates.  This area warrants immediate attention. According  to  the National Disaster Management Act,  the NDMC  is  the apex body for disaster-related policy formulation in Pakistan with representation from centre, all federating  units  and  areas  of  the  country,  military  and  civil  society.  The  shifting  of responsibility from NDMC to the Council of Common Interests (CCI) and the formation of the National  Oversight  Disaster  Management  Council  (NODMC),  added  a  further  layer  of confusion  for  stakeholders  as  to which was  the  key  oversight  body  for  relief  efforts. While robust  Government  oversight  of  relief,  recovery  and  reconstruction  activities  is  of  utmost importance,  this created a perceived duplication of authority and one  that on occasions may have  slowed  the  decision-making  process  for  stakeholders.  It  may  be  timely  for  the Government  of  Pakistan  to  review  the  role  for  parallel  committees  and,  at  the  same  time, review the National Disaster Management Act, and if necessary, to strengthen it to ensure a clear definition of mandates, roles and responsibilities.

5)      Cluster approach: The Cluster approach was applied to coordinate and organize the humanitarian community, with this  disaster  marking  the  first  time  12  clusters  were  rolled  out  in  an  emergency  in Pakistan.  The number of clusters to be deployed was a point of contention between the Govt. of Pakistan and the UN leadership. This  is an  issue  for which consensus  is required between  these  two stakeholders  in  advance  of  any  future  disaster.  The clusters achieved varying degrees of success in the coordination of the humanitarian community and setting the strategic direction of their respective sectorial response.    Information management, as well as monitoring and reporting  of  planned  activities,  were  some  of  the  areas  of  concern  for  all  clusters. For instance, different UN agencies came up with caseload numbers that not only contradicted the multi-cluster engagement approach, but also the official caseload numbers. Agreement on baseline data is imperative to avoid confusion for all stakeholders.  The UN and the cluster system  must  also  ensure  compliance  with  the  agenda  of  aid  effectiveness  by  proper prioritization of needs and resources, establishing  transparent procedures and accountability mechanisms.

Write to Author at: sajedali2003@gmail.com