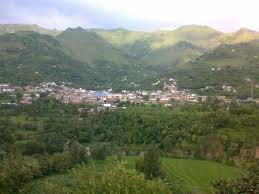 The Shangla District is situated in the Khyber Pakhtunkhwa, the province of Pakistan. The boundary of district Shangla are: Kohistan are in north, Batagram are in east, west by Swat and south by Buner. The total area of the Shangla is 1,586 sq km. Shangla is on top of sea level 3340 meter from the Indus Rivers. The local people of district Shanlga depend on agriculture.

The increase of population and agriculture purposes the local community cut the forest cover because they have no alternative resources for energy consumption like coal, gas and electricity. In the snow season one household cut 2, 3 trees per year and for livestock. In Shangla local people directly depend on dense forest and open forest.

The Shangla cover of water resources is about 248 snow glaciers and water bodies 10, 45 areas is covered in ha. The water resources are depending on the snow and rain.  The annual rainfall is approximately 1415.9 mm, and snow seasons about 3 to 6 months snow is falling which is the main source of the water which is used for the domestic purposes, agriculture and also for the hydro power energy.

In Shangla the two big rivers is falling which goes down to Indus River. In the water recourse which generate about 73 to 75 mega watt electricity is produced which constricted in 2005 which supply electricity to Punjab and the local people gets benefits of this recourse. The water resource is used for the water well and about 2% of water is used for the cultivation.

In last 8 years 2860 ha is degraded. The nature is the GOD gifted that which can use for our life style and for developing of those areas. Through natural resources Act about 60% of the profit is given to local community for developing projects,  Because the poor management and lack of experts it will also not managed properly. By which the depletion of natural resources (water, forest) in Shangla is a risk.

There is on proper way for the plantation of the forest covered areas. In Shangla through the political conflict some problems is directly effect on natural resources. In Shangla ther is abundant of our national tree (Citrus Deudra) which is also is depleted and in height risk, because some people are depended on that resources. And in these areas the illegal smuggling will go rapidity from place to other. Being an environmentalist we can say that Act locally Think Globally.

View all posts by Khurshid Ali →