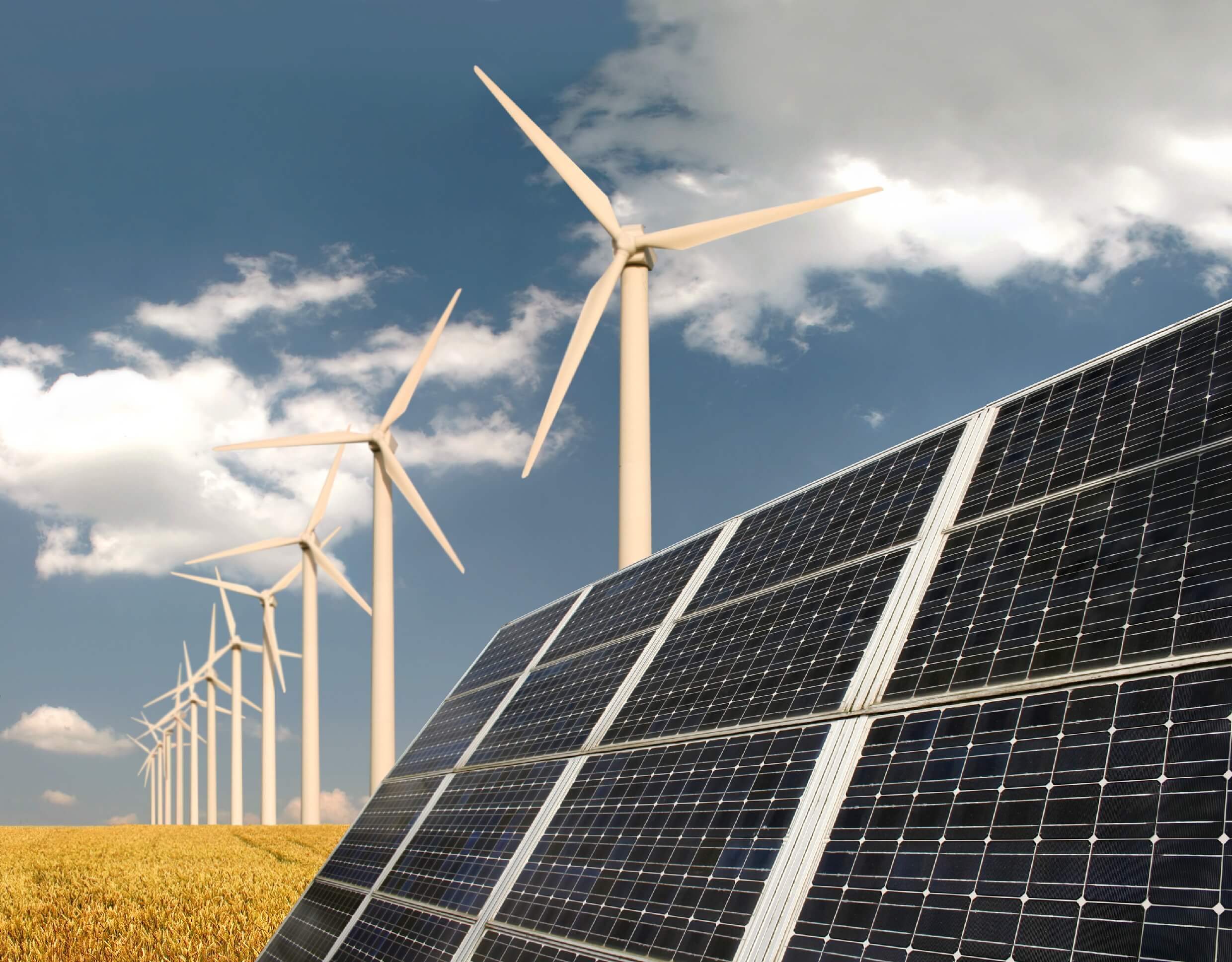 RENEWABLE ENERGY has potential to serve the major proportion of Pakistan’s energy mix if handled properly Renewable Energy Policy, Current Energy Generation Statistics and Upcoming Plans June, 2016 Renewable energy has become the center of focus especially after Paris agreement (COP21) where world leaders agreed to cut down their fossil fuel consumptions in order to keep earth temperature below 2 degree Celsius. Hydel, solar, wind and biogas/biomass are the major constitute of renewable energy and Pakistan is blessed with abundance of renewable energy potential. Since last decade Pakistan had been unfortunately stuck in massive energy crisis and as the population grows, demand increases and energy crises become worse.

Furthermore there will be 50% increase in primary energy demand between 2014 till 2030, said by Minister of state for Petroleum and Natural Resource. For years, the matter of balancing Pakistan’s supply against demand has remained unresolved and currently that gap has been reached up to 6000-7000 MW. The occurrence of continuous and unresolved energy gap has badly affected the industry operation, country’s economy and citizen’s livelihood. Power outage continues to grow, despite the fact that Pakistan has abundant potential in solar, wind and biomass energies and has one of the largest coal reserves that exist in the country. However, Government of Pakistan (GOP) is making all its effort to deal with the crisis. GoP presented its first Renewable Energy Policy in 2006 and after making necessary amendments in 2013 it has been extended and continued for next five years. Objective of the policy is to promote renewable energy technologies and provide a way forward for sustainable energy future in Pakistan.

If we look into the current energy mix of Pakistan, hydro power is the only major source of renewable energy and constitute 29% of total generation while wind and solar only contribute 2% of total generation. All of Pakistan’s hydropower projects are located in upcountry: 3,849 MW in Khyber Pakhtunkhwa, 1,699 , 1,039 MW in AJ&K and 133 MW in Gilgit-Baltistan. Oil and gas are the ones, on which Pakistan’s energy sector depend on and its accumulative contribution is 55% of total energy. Although, Pakistan has one of the largest coal reserves in the country but only 150 MW of electricity is being generated from coal and added to the grid so far. Pakistan’s overall contribution in the greenhouse gases emission is less than 1% of total global emissions. All these energy mix are being produced and handled by two authorities i.e. Water and Power Development Authority (WAPDA) for all Pakistan except Karachi, and Karachi Electric Supply Corporation (KESC) for Karachi and its surroundings. Also there are number of Independent Private Producers (IPP’s) that contribute significantly in electricity generation in Pakistan. Presently GoP has initiated a number of power projects in the country, keeping current and future energy demands in mind. As per GoP’s planned and proposed energy projects, a few will be completed in next couple of years, 72% of total electricity will be hydel by 2030.

Although wind power projects of 1330 MW and solar power projects of 1328 MW are proposed, but they will only contribute the 2% of total energy mix. Despite the environmental concerns – contribution of coal in Pakistan’s power is negligible, in comparison to the world’s average of 41 percent, and 56 percent, 66percent and 42percent in India, China and USA respectively. One of the major changes that will happen in Pakistan upcoming energy mix is increase in contribution of coal based energy from 1% to 10%. Pakistan has one the largest coal reserve, discover in 1991, in the province Blochistan where studies are under process to extract that coal with minimum environmental impacts. Also it’d be low-costar supply as compared to foreign oil and it’ll give a necessary economic incentive to folks of Asian nation by providing them with cheap electricity and reducing the country’s oil imports. crude oil of value.

Energy combine by 2030 $11.7 billion has been foreign by Asian nation in 2014-2015 alone, that about equals to quarter of country’s total bill. At a similar time Asian nation is additionally operating strictly to create and upgrade hydel energy setup within the country. The policy makers in India square measure operating towards adding 50000MW of unpolluted and renewable energy to their energy combine and have resultantly set some vital record during this regard.

A 520 MW project of hydro power in India on Narmada River has been completed in a record time of four years and small hydro projects are taking 20 to 22 months for completion. Contribution of solar and wind energy in Pakistan’s future energy combine, though appears terribly little however its potential within the country is critical.

Islamic Republic of Pakistan is ideally placed within the geographical area to require advantage of solar power because it receives two MWh/m2 radiations and 3000 hours of sunshine a year. Particularly province of Baluchistan in Pakistan has highest annual sun shine duration in the world. At the brink of Cholistan Desert, solar power project by the name of Quaid-e-Azam Solar Park, with a capacity of 1000 MW has been established where 100 MW of electricity has already been added to the grid so far. Once it’s completed it will be the largest solar park in the world. Recently Pakistan’s parliament house has also completely switched to solar energy and making it one of its kinds in the world. Similarly wind resources of commercial capacity exist in many parts of the country especially in southern Sindh and coastal Baluchistan. These areas have a wind speed of 7-8 m/s (monthly average) and energy potential of 10,000 to 50, 000 MW.

Pakistan has set a tremendous road map in coupling the crisis through setting up wind energy projects around Gharo, Khutti Kun and Jhimpir, Sindh. These projects added up 255 MW of electricity to the national grid so far. Government of Pakistan (GoP) is intended deal with energy crises from renewable energy means. Pakistan keep updating its Renewable Energy Policy (RE Policy), to deal with energy crunches sustainably, while maintaining a careful balance between political compulsions and practical considerations.