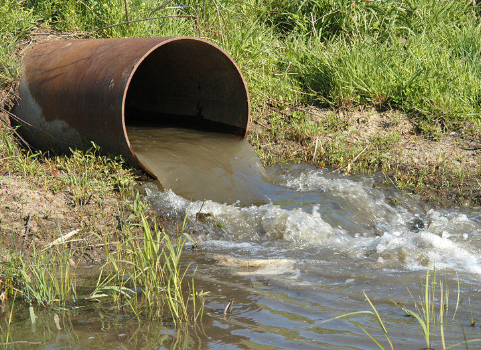 There are still many parts of the world where sewage is left untreated and it then joins the rivers and other water bodies, leaving them polluted and harmful for human and wildlife. Sewage comprises of wastewater that is produced in our homes, commercial spaces, industrial plants and other places where water is used.

To understand it more simply and why it must be treated, imagine your toilet water which is drained after you are done with your bath, or flushed down the toilet, this water, if left untreated, will join and pollute our rivers, streams and other water bodies which will eventually affect our environment.

Treatment of wastewater or sewage is a process where contaminants of the wastewater, mainly comprising of household sewage, are removed from the water before it is let out into water bodies. The process comprises of physical, chemical and biological procedures to remove the contaminants and then release water which is safe for the environment and rid of contaminants.

Partially treated sewage is sewage which is not treated completely and is let out into the water bodies with some contaminants. Fully treated sewage is sewage which has no contaminants at all, before it is let out into the rivers. It is very important that all sewage be fully treated before it exits into major water bodies that are consumed and used by both, humans and wildlife.

Once untreated sewage is disposed off into rivers and other water bodies, it will contaminate the water which is consumed by animals and other wildlife. This will lead to an increase in water borne diseases like diarrhea, hepatitis A, e- coli to spread widely and affect life.

For better understanding of the effect, here’s an example from a case study. In 2016, a huge portion of the River Trent was contaminated by the swage of Staffordshire because of which more than 15,000 fishes  died and one can only imagine how much worse it could have gotten, had the sewage contaminated and reached a human water source. It would have caused spread of dangerous diseases to large human populations and even deaths.

When natural disasters like flooding strike, they also cause sewage to enter the rivers and water bodies and contaminate them. Scientists have also discovered that even sewage which is treated can cause problems. The microscopic plastic fibres which are released when specific clothes are washed, sometimes make it through the wastewater treatment plants and into the water bodies. These contaminants can adversely affect the food chain and harm the wildlife.

To ensure that the water that you flush down the toilets doesn’t end up in your homes as drinking water, there should be special attention given to wastewater treatment and solutions. If left untreated sewage can cause major epidemics that can become really difficult to control and manage. Water is one of the basic necessities of human and wildlife. Everyone deserves access to clean and safe water. If such a basic necessity also becomes inaccessible and dangerous, then it is a real threat to human life.