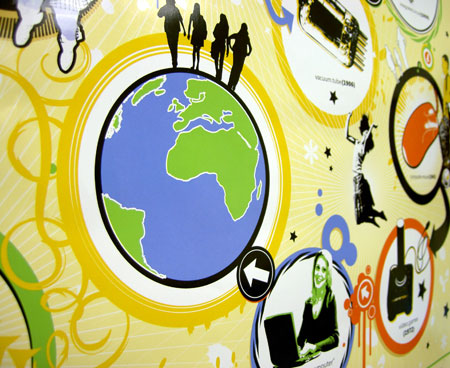 Environmental changes not only affect our health but also the way we behave and perform in our daily activities. The most researched are the effects of temperature and light on our performance and social behavior.

Studies conducted in workplace found out that when exposed to high temperatures, without acclimatization, workers experience dehydration, loss of salts and muscle fatigue which eventually results in impaired performance.

Studies generally support the belief that increased temperature has an increased aggression. For example, Baron (1976) found that when the temperature was above 29°C, more people honked horns, except for the drivers in air conditioned vehicles.

The brightness of light, timing of exposure and type of light affects the performance at work and school. A study was carried out to measure a hand steadiness task under cool white and daylight bulbs and it was found out that children who worked under daylight bulbs made fewer errors. (Munson and Ferguson, 1985)

Campbell and Dawson (1990) support the above study that employees who worked in bright light performed their best.

Gergen et al. (1973) found in his experimental study that students in the room where lights were on, moved around less, conversation was continuous for much longer and there was much less touching. However, in the darkened rooms there was less conversation, students moved around more and 80% reported feeling sexual excitement. A study also found out that greater the natural light the greater the helping behavior. (Cunningham, 1979)

It is always important to keep in mind the effects of environmental changes on ones psychological well being as well because it in turn eventually leads to success of a nation.

The article is written by “Shumaila Javed Bhatti” senior author of envirocivil.com

3 Comments on “Environment’s Effect on Performance and Social Behavior”