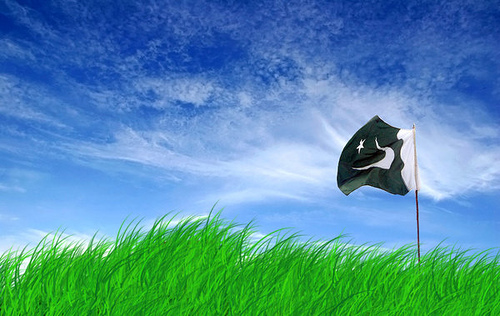 With one of the highest rates of deforestation in the world, Pakistan’s forests are in urgent need of protection and conservation. Pakistan is a semi arid country with less than 4% of its area under forest cover.At the global level, WWF is lobbying governments to establish an ecologically representative network of protected areas covering at least 10% of each of the world’s forest types. Forest make environment clean and act as a buffer zone for the cities, societies and towns. We have a very less amount of trees which can provide fresh air so we are already few steps back. Unfortunately in Pakistan forest were neither conserved nor is new planning under consideration.

The major threat to Pakistan’s forests is uncontrolled and unsustainable cutting. Reasons for unsustainable commercial harvesting in state forests are:

•Lack of political will and commitment

A large amount of Pakistan is still using Wood as a source of fuel so we need instant move in this regard for supplying fuel for the upcoming years and lack of government policies we will also kill this source for consumers. For making sustainable Earth we want our government to make serious commitment in this regard.

We need a PPP (Public private partnership) in this regard between the government and a private organization which can grow a large amount of forest land which can be used as Sustainable forests are the result of a commonsense policy to replace trees that are felled so that forests continue to exist providing natural materials for us all. Sustainable forests can only survive if they make a profit and provide employment, often for local people. The type of employment available will include work related directly to managing and maintaining the forests but also jobs related to the tourist industry. This will include the hotel and catering industry. We have few examples in Pakistan like CHANGA MANGA FOREST.

‘Global warming is going much faster, causing catastrophic weather events,’ ‘I’m not sure if this can be stopped now. I’m not even sure if we can adapt to the change as quickly. ‘The floods of the kind that hit Pakistan may become more frequent and more intense in the future in this and other parts of the world.’ there is enough evidence to show an increase in the frequency and intensity of floods, droughts and extreme precipitation events worldwide.

Ejaz Ahmad, deputy director of the World Wildlife Fund Pakistan, links weather changes to ‘change in land use patterns, heavy deforestation in the northern part of Pakistan and the conflicts’ rather than to climate change. Still, he agrees that there have been more ‘weird’ weather events of late.

‘Pakistan experienced a dry spell last March with hardly any rainfall and wheat production was seriously damaged. Then it rained in areas which do not come under the monsoon range such as Gilgit-Baltistan, Broghil, Similarly, the frequency of cyclones has also increased, ‘A year ago we received the Yemyin cyclone and then this year we had the Phet cyclone. In the past, we would experience cyclones (only) in decades.’

Indoor air pollution is also a big issues and women and children are badly effecting due to it and people in office are also victim of it. Printers, photocopier, AC, Refrigerator and other electrical equipment are main cause of this. LED (Light emitting diode), CFL (compact fluorescent light) & Halogens are also cause of emitting different hazardous emissions (i.e. mercury) which are still not known by major masses of Pakistan. Pakistan is in a state where no legislation is being followed properly and in the sector of environment management we are in no-man land state.

There are many areas in which we can do planning for making the fresh air environment better but if we would not make a land available so we should start a camping regarding it. Funds can be utilized in this sector with joint venture of government to allocate an area for a lease of 20-25 years so that we get enough amounts of trees and an ecosystem for all biodiversity which will be green and a positive start of a country like us.

This is the least expensive solution. What else we need, yes we need a lot of work to do in the sector of the Renewable energy. We are lacking badly in it. Wind turbines can be installed in the window of Gawadar which is famous for it.

Solar tube wells in whole Pakistan for irrigating the agricultural land and last but not the least approve any legislation for the enforcement of the Factories and vehicles monitoring mechanism procedure or guidelines from the NA assembly like CNG kits approved last month.

New cities should be made with proper town planning and inviting Environmentalist, stake holders, scientist and Engineers at a single platform for making an ideal city according to our needs and culture. We do not need a city like 1st world country but we can manage it properly according to our need and resources in a better way where there will be very less Pollution emitting substances, Energy Management, Efficient use of Resources and Renewable sources utilization in much more appropriate way, Proper irrigation Channel, Sewage & Rain water collection and make a green city.

All these are cheap solution for a country like Pakistan who is fighting against the Energy crisis and with such low per capita income and most of points mentioned above will have a positive impact on environment and also on economy.

With Renewable Energy resources we can cut down the shortage in the demand of electricity and make a new source for the energy which will also benefit our economy. Government should seriously think to initiate different environment friendly camping and program which will have long lasting benefits and planned for long term. Tax Free installation of Solar cells in different sectors of energy in Pakistan. Waste to energy, Waste to compost, Waste recycling should be focused.

3 Comments on “Green Solutions for Pakistan”