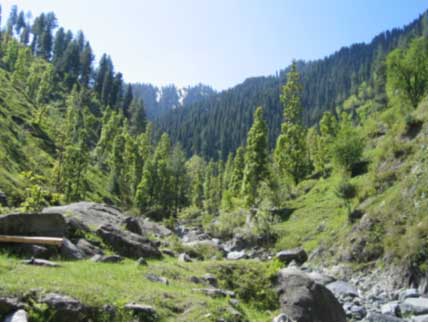 Social change is the change of culture and social organization structure over time. In the modern world we are aware that society is never static and that social, political, economic and cultural changes occur constantly. These changes are affecting not only the human life but also the wild life species. These changes result in wither migration of the species or specie extinct.

Pakistan is home to a number of endangered species, including the woolly flying squirrel, markhor, blue whale, Pakistan sand cat, the ibex wild goat, and several species of birds, whales and turtles. Certain mammals which were found in abundance at one time, have now become the rarest mammals in the world, such as the snow leopard, the Marco Polo sheep and the Indus river dolphin. All these species are migrated from their original habitats due the social changes which resulted in degraded habitats or altered conditions for their survival.

Human activities like use of Pesticides, heavy metals, plastics, and other industrial and agricultural pollutants and effluents directly effects the habita and population of the Dolphine. Similarly the reasons for the declining population of Markhoor include social changes and human activities like intensive hunting (for trophies, meat and the Asian medicine market), disturbance and loss of habitat due to expanded human settlement etc.

Therefore proper attention is required towards the biodiversity conservation. Has anyone think for these small creature, has anyone made another home for them? No, because they cannot converse their feelings, nor they have any other option. The home of beautiful, nonverbal creature is destroyed due to massive urbanization.

We should consider and recognize the values and rights of the biodiversity and should protect and conserve biodiversity. For effective conservation of species, firstly the threats to biodiversity like deforestation (estimated at 1% annually), overgrazing, rampant hunting and fishing, and agricultural practices should be determined . As a result of human activities, it is estimated that at least 12% of the flora is threatened and several of the faunal species are threatened too. However, the real status of most species remains unknown. Therefore these problems and  threats to the biodiversity should be properly addressed. Moreover the governmental and non-governmental organizations should also focus on the habitat conservation of species and there should be proper plans and strategies like Development of new national parks, Management of national parks and protected areas, Community management of game reserves, Programs for endangered species , and Captive breeding in the private sector should be made for their conservation.

Similarly, social solutions should also be made for the conservation of species including mass awareness, education workshops, and trainings should be arranged for local people about the values, rights, importance of biodiversity and their habitat conservation.

View all posts by Muhammad Ziad →