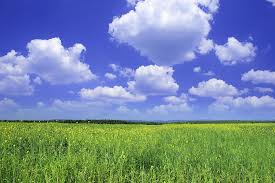 Environmentalism is a broad concept or a social movement that focuses on the improvement of environmental health by eliminating harmful factors from the environment even if they are somehow beneficial for humans. The movement only targets practices which can affect the environment negatively. In simple words, it can be said that environmentalism works to preserve nature, animals and also to control the pollution which is becoming quite a major concern for environment. People involved in such activities are also referred to as ‘environmentalists’. Most of the environmentalist organizations operate as Non-profit Organizations and are non-political just working for the benefits of the society.

It is important that our readers also know some history of this movement. The term environmentalism was first coined way back in 1922. It began working to pressurize governments and large corporations to take care of environment as well. Corporations till this day are one of the major target of this movement because of the damage some companies can do such as Oil Spills and dumping waste toxic materials in oceans which kills millions of fishes every year.

Although the term was coined in 1922, the practices began already centuries ago. One example is when King Edward I banned sea-coal’s burning in London, in 1272. Moreover, when Europe and western countries were going through Industrial Era they discovered how toxic fumes etc. can damage the environment and how air becomes polluted, thus the bans began in many Kingdoms or countries.

Not all are same

As mentioned earlier, the movement is a broad concept or philosophy which works for the betterment of environment but how and in which ways? The answer to this question might not be quite simple. There are different groups of environmentalists with different beliefs or theories they follow. Two common or major types are the light greens (anthropocentrism) and the dark greens (ecocentrism).

The light greens are of view that we need improved science, law and conservation for environment and the answers to many environmental problems are already out there, all we have to do is simply apply them. Their belief is that nature is dominion of humans; they are also regarded as mainstream environmentalists.

The dark greens, on the other side are of view that both human and non-human have intrinsic worth and they believe that the resources as well as the space on earth are limited. They don’t accept the concept of sustainable development as they believe that growth is naturally unsustainable.

So, after reading all this you might be wondering that how does a common man practices environmentalism? For most of the people – it is any practice that helps you to save and/or preserve the environment around you, there you have it. All you have to do is get yourself involved in anything that can help to achieve these goals. Recycling, saving energy and water, preserving rain water, avoiding noise, air, land and water pollutions sums it all.

Remember that we don’t have to be an environmentalist to protect the environment. After all, earth is our home.