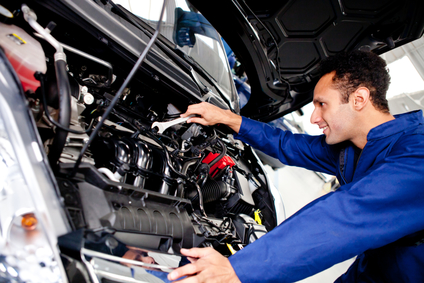 An electric car is probably out of your price range. But what if you could convert a 1990 Acura Integra from gas-powered to fully electric? Would the possibility of cutting your fuel expense down to virtually nothing and creating a more sustainable, eco-friendly atmosphere be worth it?

There are many pros and cons to weigh out the decision to convert a gas-powered vehicle to electric and, much to the chagrin of environmentalists, a lot of it centers around cost more than cleaner air.

Conversion kits can turn a car into an EV, or electric vehicle. According to CarsDirect, which provides step-by-step guidelines to convert your car, a kit can be purchased for between $2,500 and $5,000. The cost would be determined by how you will use the vehicle: going from point A to B or if you’re looking for a little more juice for longer hauls and faster rides.

After hiring a mechanic to install the kits and after replacing any old parts, overall costs to convert your gas-fueled vehicle into an EV could amount to $30,000, although EV Album reported that JMJ Electric Cars in Mead, Wash. converted a 1992 Acura Integra at a cost of $19,500.

Is it Worth It?

There are many questions to ask yourself before looking for what kind of kit to buy, such as questioning the original equipment manufacturer (OEM) parts in your car. Are the OEM Acura parts in your Integra good enough to last long enough to where you see a return in your electric conversion investment? If you’ve kept good care of your vehicle then it might be worth it.

The Alternative Motor Vehicle Tax Credit, according to Efile.com, provides up to $7,500 to owners of plug-in electric hybrid car owners and EV owners. The only catch is it’s for new cars, not used ones or converted ones.

Jason Hall, of Belding, Mich., travels 45 minutes each day to Grand Rapids to go to work. A self-taught mechanic, Hall enjoys fixing up vehicles and using them to drive to work.

Hall said he wouldn’t convert any of his used cars to a total electric-powered system because there aren’t enough recharge stations in his area yet. He would like to see them last longer on one charge before he’d consider it.

“I am, however, looking in to getting a Toyota Prius now to go back and forth from work,” he said about the hybrid.

As far as his recreational toy — a 1978 Dodge Scout — Hall said he would never want to replace the gas-powered engine in it.

“I don’t think I could get rid of the sound and feel of the rumble,” he said.

According to Forbes, it may be cheaper in the long haul to just purchase a new EV rather than converting a used car to electric, as the overall conversion cost could amount to almost as much as today’s new EVs and hybrids cost from the lot. Purchase prices for these eco-friendly vehicles are finally dipping below $40,000 nowadays.

Edmunds reports that the Leaf can turn in 73 miles (depending on driving style and conditions) before recharging and its steering and control are both impressive.

Hybrids are proving to be the bridge that is helping people overcome their dependency of gas and oil to power their vehicles. Clean Technica reported sales of EVs and hybrids rose more than 70 percent in the U.S. last year, and there are expectations for sales to rise even further this year.

Though cost may weigh heavier on the minds of consumers more than a cleaner environment, it won’t matter as long as consumers buy into the initiative of EVs, hybrids and conversion kits. If sales continue to rise, the end result would be the same — better vehicles for both the consumer and Mother Earth.