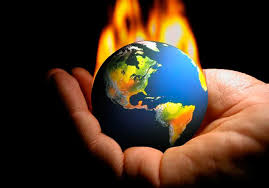 Amongst the countries most-affected by climate change, Pakistan is the most vulnerable country as it has been experiencing an intense climate change impacts throughout its ecological zones such as glaciers, high mountains, tropical forests, riverine belts, deserts, and coastal ecosystems. As a consequence, in view of escalating social, environmental and economic challenges for the country, climate change has recently raised serious concerns.

Climate change is not gender neutral and women bear a disproportionate burden of climate change consequences. Women are in fact closer to nature than their male counterparts and possess traditional experiences and profound knowledge of nature. Women in rural communities are the backbone of agricultural production and play a significant role in the management of natural resources because of their social and economic roles which require them to provide food, fuel, fodder and income derived from the surrounding resource base. Hence, Rural Women suffer most of the burden of risk when the climate change impacts upon natural resources or a natural disaster (floods, cyclone, drought) comes off. For instance, when the land is flooded and infrastructure (roads and houses) are damaged, large scale displacement from inundated areas happens and much of the burden of dislodgment falls on women.

The factors that increase the vulnerability of Rural Women to climate change are: gender-based discrimination against women; unequal power relations between women and men including in access to assets and resources; violence and intra-household inequities. Besides, women also suffer from low levels of education, inaccessible health facilities and high gender inequality. Thus Rural Women, due to a number of above mentioned pre‐existing factors, lack adaptive capacity to climate change despite the fact that the share of burden falls disproportionately on them.

On the International Day of Rural Women (15th October, 2013), the United Nations has highlighted the important role of women in responding to climate change. UN’s top climate change official Ms. Christiana Figueres, while addressing to a gathering in Korea, spoke about the challenges that rural women face to cope with climate change. She said, “climate change adds to the challenges facing rural women, as social and economic inequalities mean the climate impacts often fall heavily upon women”. And “at the same time, women play a critical role in the fight against climate change because they often have a more direct approach to sustainability and valuable sets of skills and knowledge in their local communities.”

According to field research conducted by Shirkat Gah (an NGO and women’s resource centre) in District Shaheed Benazirabad (Nawabshah) in 2011, District Swat in 2012 and recently in the coastal areas of District Thatta, the local community revealed that the shifts in weather patterns and climate change have put more pressures on rural women than men. The studies captured vulnerabilities of rural women towards climate change at the local level with reference to resources that fall within the ambit of their roles (management of resources like water, fuel and fodder, livestock, agriculture and livelihoods). Apart from this, shifts in cropping patterns and agriculture technologies and frequent use of synthetic pesticides/fertilizers have increased the vulnerability of women. The Shirkat Gah studies have generated sufficient amount of evidence on nexus between rural women and the nature; and the way climatic changes are affecting women’s life, livelihoods and their empowerment. Given below are the salient findings of research done by Shirkat Gah.

30 years back, women were quite healthier and they were living life with better daily routine, nutritious diet and the enjoyment of life. Now, women are generally weak, food insecure (undernourished) and they do bear lots of health problems. While working, women usually exhaust in a little while but they still continue working due to extra home/societal pressures.

Women, over the time, have lost control over natural resources. Climate change has reduced land fertility as well as the agricultural productivity; abandoned many crops/fruits; and also changed cropping patterns besides multiplied use of chemical pesticides/fertilizers. Similarly, forest cover has also been reduced and the fishing activity has now been altered all together. As a result of all these changes, workload and hardships of women has increased manifold.

Women currently have less socialization due to increased work hours and economic pressures. Emotional wellbeing of women has reduced with increased level of stress, anxiety and frustration. As a result, family disputes have also increased and women always argue financial problems with men and in return, men tend to show anger and use violence against women. These disputes have also given rise to escalating divorces and court cases.

The community responses reveal that due to climatic changes and escalating economic pressures, women are going through many hardships of life. Some important aspects in this regard are given below:

Rural Women are not just helpless victims of climate change but they also possess useful knowledge and experiences that can be effectively used to mitigate climate change as well as developing strategies to cope and adapt. Hence, women’s concerns have to be integrated in climate change policies to make them comprehensive. Women also deserve their fair share in decision-making due to their higher vulnerability to climate change as compared to fellow men.

Author: Tahir Hasnain is a veteran researcher, writer and development practitioner serving the non-government development sector consistently from two decades. He currently works with Shirkat Gah as Programme Manager, Environment & Livelihood. He can be contacted at – tahir.hasnain@yahoo.com