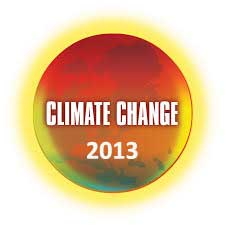 Climate changes are more visible since the last decade or so than they were before that time. 2013 surely brings us some climate changes and based upon the past years’ trends it will be something new and something old. So what should you expect in 2013? Let’s have a look at five different things that are predicted for the year 2013.

You should expect the weather getting warmer and there are high chances of breaking records of temperature. Several researches have seen an upward trend in the records of temperature averaging around 0.16 Celsius per annum; this pretty much seems like the signature effect when it comes to climate change.  However, this warming trend is normally concealed because of everyday variability in weather and by noise that can be mostly attributed to three major sources – El Nino, volcanic and solar activity but it’s not difficult to remove these effects and find out the underlying sources that are causing such change.

With global warming, we also get droughts and it makes sense that due to persistent warmer weather there will be persistent droughts as well. If we look at the Southwest of US, the region has faced some serious droughts in the last year and according to the National Oceanic and Atmospheric Administration (NOAA) they are expected to intensify this year (2013).

In last year on 16th September, Artic sea ice saw a record minimum in both terms – ice volume and extent. It means that the major portion of the ice in the Arctic this winter is actually first-year ice and that’s also because huge portions of ice melted back in 2012. As a result, the new or younger ice actually a lot thinner than the older ice and that’s why it melts quickly in the summer. Therefore, these facts show that ice depletion will continue in 2013 in the Arctic, even though any records might not be set it seems very likely that ice coverage will be low, again. According to studies, the overall trend shows that minimum Arctic ice extent is decreasing by at-least 13 percent every 10 years.

Climate change in 2013 will also have an affect on the duration of summer, which will actually become long. So, year 2013 seems to bring us a longer summer and as with the trend of global warming – winters or fall will get late as summers are taking the lead here. It might not feel like a lot for now, but in future the summers are expected to be quite long.

Due to a lot of melting ice sea levels will rise and as a result of global warming, the number and intensity of storms will also increase which will certainly put low-lying coastal areas at higher risk. Although they can’t be predicted exactly, but the overall trend shows there are has been increase in both during the last few years and it seems to rise.

Climate change can be good, bad or worse – we can’t say, but for now it seems that if it does any good to one region it devastates another region.