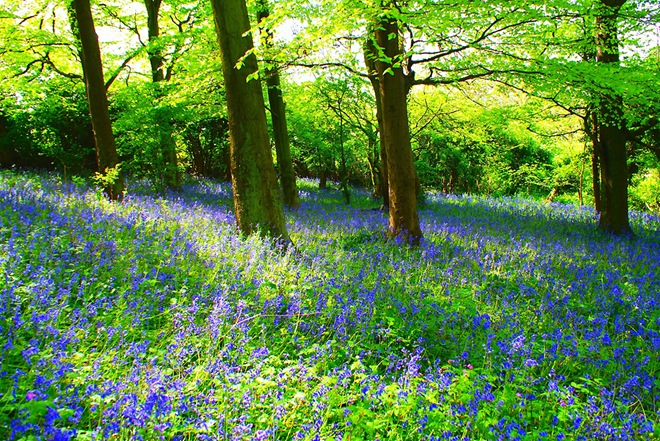 Our Earth revolves around the Sun with a pivoted axis that allows a circular rotation. The exposure to Sun is maximum in two regions alternating with each other in geographical definitions of December and June solstice. The temperate zone that lies between the tropics and polar circles offers four versions of seasons, never has the luxury of such quadri diversity in any other part of the world. Season is the traditional division of the year in terms of the weather that spreads in any demarcated region.

The season that succeeds the severe frigid bout of winter is the soft pleasant period of Spring that brings forth the blanket of happiness with the burgeoning of flowers. The green colour appeared on the surface of leaves heralds the onset of Spring that opens up the doors to the vision of lush green fields with gigantic trees and fruit bearing plants. The land covers a veil of greenery, the trees put forth long leaves, the flowers emerge out with sheer shades of colour that are blend into a complex combination and the seeds break the shackles of dormancy and a nascent plant breathes its first. The snow on mountains condenses into the state of water and takes the form of rivulets and finally drains the dwindled tables of rivers. The forests that are covered by an array of huge trees that were sending a churlish current of wind gives up its nature and an element of softness seems to milden the severity.

The spring season is the most welcome seasons in the temperate zones that culminates in the face of summer. People in this season heave a sigh of relief after the tenacious grip of frigidity throughout the period of winter. A gesture of happiness seems to cover the length of faces as the season of winter nears its end and the period of spring knocks at the doors. In some parts of the world, spring is welcome by a grand festival aimed to gather people for the cause of promoting its importance. People tend to unwind themselves after they remove the burden of heavy clothing. This season has a huge impact in the lives of people in organizing many marital ceremonies. Majority of marriages is held in this season, social interactions become more frequent, developmental projects absorb more steam as this traditional part of the year progresses.

The refreshing aspect of this season is the extent of enjoyment families experience in exploring the corners of every city and village. People with all happiness, come out of their houses and sense the beauty of natural world in this blossoming season. Apart from it, the natural beauty also reaches it maturity. It seems as if the whole region trespasses the conventional boundaries of sedateness and embraces a natural look that goes beyond the limit of our imagination. Without the stretch of exaggeration, it is an admitted fact that the season of Spring is a precious commodity and its presence is a blessing in any part of the world.