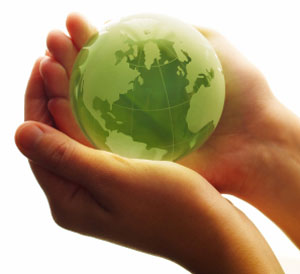 Environment is what?every single thing which surrounds us is our environment that include almost everything from small bacteria to the large tress and buildings etc.Many recent development has been observed in many countries across the globeto save our environment and most of the countries have achieved to sustainable development.

As in the context of Pakistan envirocivil team ask one of the student of environmental sciences “IKRAM UL HAQ”  about how would you protect the environment of Pakistan?

“Many scientists agree that if pollution and environmental deterrent augments in its present rate it will be hard to sort out the solutions to keep our ecological cycle and nature in balance in which all life depends. Scientists warn that the fundamental and perhaps drastic changes in the human behavior will be required to avert the ecological crisis.

To safeguard the environment which is consequential to the life, humans must learn that earth does not have infinite resources. Earth limited resources should have to be conserved and reused. Furthermore, human must devise new strategies that escalate environmental progress with economic growth. The development of sustainable conservation that protects the environment is the future growth of developing nations.

Many nations are acted to control or tried to diminish the environmental unruly. For example, United Kingdom has chiefly succeeded to cleaning up the waters of the Thames and other rivers and London has now got rid of the heavy smog caused by industrial pollutants. Japan has some of the world’s strictest standards for the control of water and air pollution. In Canada, the Department of Commerce has developed comprehensive programs for covering the things which are contaminating the environment.

In the United States, the Environmental Protection Agency (EPA) was established in 1970 to protect the natural resources of the country. In addition to that, the U.S Congress has provided governmental agencies with legislation designed to protect the environment of the Country. Many U.S states have also established environmental protection agencies. Citizen groups, such as the ‘’Sierra Club’’ which is protecting the natural environment and wild life, and the ‘’National Audubon Society’’ educate the public, support environment-friendly legislation and help to assure that federal and state laws can be imposed by pointing out violations.

To protect our environment we need to set off new organizations like the developed countries which will work for the protection of the natural environment and wildlife, as we know Pakistan has got less organizations on environment due to which awareness among the people is missing and due to which people contaminating the environment. As a result of contaminated environment in Pakistan it becomes responsible for the birth of several diseases. The recent example is of Dengue. To keep our environment clean is often shunned and deemed trivial by our people. The polluted environment of our society becomes a place for the breeding of bacterial larva. As a result, numerous types of abnormalities like frustration, depression and anxiety creep into the society, making it hollow from within.

The only way to ward off the stricken effects of these diseases and abnormalities is to cleanse our environment. I urge to every citizen of Pakistan to perceive it as a social responsibility. Then see how milieu of our country changes rapidly. But for that as I aforementioned that set off the organizations which will organize seminars against litter, against upsurge of human population, will devise new strategies on the society and will also preach every citizen of Pakistan to keep environment clean”

2 Comments on “How to protect our Environment”