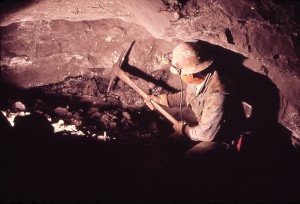 We all know that Uranium is a chemical element and found in whitish silvery color in the nature and is know as radioactive element, but do you know about the Uranium Deposits in Pakistan? Basically we are going to point out the uranium deposits in Pakistan, so the question arises in our mind that how uranium deposits formed? so a simple answer is that uranium deposits are formed under the reducing conditions (where the oxygen in not present) and the types of uranium found in the reducing conditions are Urananite, Pitchblende and Coffinite.

Now the general information about these formations of uranium deposits in Pakistan are as followed:

Chinji Formation:  it comprises of Maroon Reddish brown color that is basically composed of Shale and Sand Stone horizon and their thickness ranges from 1160m – 1400m

Nagri Formations: It comprises of massive Sand Stone and somehow Shale as rare in thin patches, it is mostly in dark color and its thickness is 1050m –  2075m

Dhok Pathan Formations: This formation is formed due to the cycling of deposition of Shale and Sand Stone and its thickness is 950m – 1200m

Soan Formation: It is composed of Sand Stone, silt stone, Shale horizon and Conglomerates and its thickness in 300m – 500m

Basically the geology of uranium deposits are composed of igneous rocks, hydrothermal and sedimentary environment and 18 % sandstone contains the world uranium.

This Article is written under the supervision of Jamal Qureshi, Environmentalist from Pakistan.