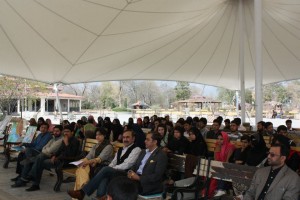 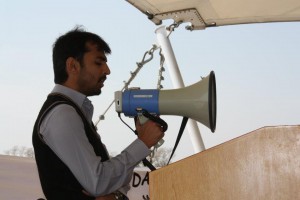 The event was started with the Tilawat-e-Quran Pak by Farhan gohar from QAU, then Naatsharif by abdul basit aziz from IIUI. After the Naat sharif, Khansa Qamar the talented comparer of KEC invited Mr. AshirHabib from Nust university to give the introduction of “Klimatech Environmental club”and he said “Klimatech Environmental Club (KEC) is a society of environmentalists which was founded by Managing Director of Klimatech Group of Companies Mr. Muhammad Azeem in August 2010 and its head office is located in Lahore. The main purpose of this club is to unite the environmentalists, not only from Pakistan but also from other countries and to work collectively for the betterment of local as well as global environment. This was because of our vision that we have a lot of members in Bangladesh, Austria, and Germany and in China. This club also aims to create an understanding, interface and synchronization of environmentalists with industrial as well as educational sectors and because of this, KEC has a lot of members in various industries and in educational institutes. KEC also intends to create interaction among students, mid-career professionals and professionals so that they can get vital knowledge from their practical experience”. 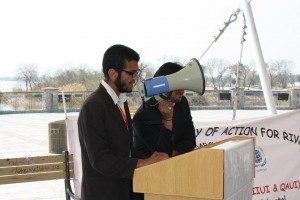 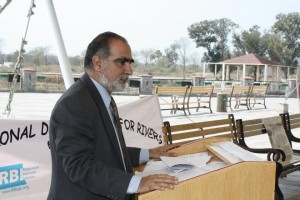 After a brief Introduction of KEC khansa qamar held her rostrum and invited Ikram ul haq from IIUI for the speech, the topic of speech was the Introduction to the International day of action for rivers and he mentioned the history behind the event and the importance of rivers. He strongly rejected the unauthorized dams which are made without the EIA. 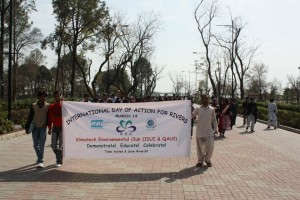 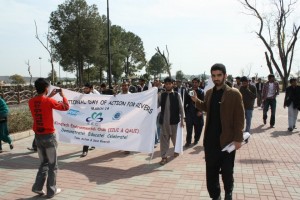 After the speech of Ikram Ul Haq, Khansa qamar invited our chief guest Imran Abad (Chairman & Ceo of Canam water and Beverages USA, Inc) to address the participants of the event and he elucidated the Important Issues. He also rejected the unauthorized dams and advised all the attendees to keep clean the rivers for they are playing a vital role in the life of every human being. 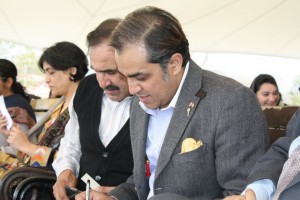 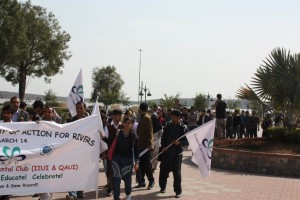 At the last, he extended his felicitations to the organizers and encouraged them for the event. After him, khansa qamar invited Javed ali bhatti (Incharge Jhang Forum Daily Jhang Rawalpindi) to express his views on the event and he did his job greatly. He urged all the participants to be serious to the issues of Pakistan, he also appreciated and admired the organizers and said, “I appreciated the KEC that they have organized such a great event functionally and I have not seen such an events been organized by anyone in Islamabad before to create awareness within people”. 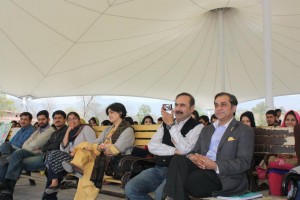 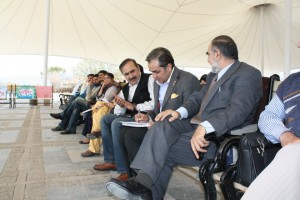 After Mr. javed bhatti, khansa qamar invited Madam Ambreen Waheed (Founder of RBI,Convener UNGC) then she invited Mr. zeeshan ali (scientific officer in NARC) and Mr. Amir Hussain (Officer in NARC) to shed some light on the event. After the speeches, guests of the event headed towards the posters and started giving their views on the posters. Finally, they took 25 minutes to finalize the results and forwarded the results to the organizers. Then khansa qamar has announced the names of the winners are as below; 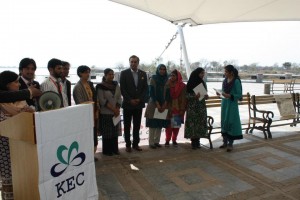 This report is Written by “Ikram Ul Haq” Author and Subject Specialist At Envirocivil.com

View all posts by Ikram →