Broadly, environment is referred to as our surroundings, the conditions of our existence. It includes both living and non-living elements and provides resources to support life on Earth. Essential part of the environmental concept is establishing a relationship between living organisms and the natural habitat they live in. The connection between those two is built upon interdependency.
The words ‘nature’ and ‘environment’ can be used as substitutes. Generally, it is believed that nature excludes everything made by man. So, there is man on one side of the equation and there is environment on the other. What should be found is balance between them, a way for them to be combined properly. And since we, as people, live in the surrounding environment, from our point of view, we are kind of in it but not exactly part of it. And because we look at the matter from the human perspective, we are not included. It can be concluded that environment is also everything that surrounds us, naturally existing but not manmade. This includes mountains, seas, forests, animals, other living organisms, natural forces and so on. 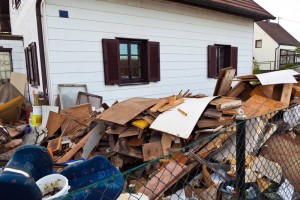 Let’s explain this more vividly with an example. We have a simple little ant that is also a living organism like us. From the point of view of this small creature, we are part of its environment. From our perspective, the ant is part of our environment. But both the ant and the man are excluded from their own environments when the matter is view through their eyes.
Humans are given a very significant and superior role in nature because we are capable of influencing and modifying this environment. This is why we have to be extremely careful and responsible with the decisions we make regarding this matter in order not to harm either ourselves or our surroundings.

At this point, you should be aware that human beings are the privileged part in the whole situation since they are the ones who can alter and mould the environment. But the environment also has its ways to fight back, so we have to be attentive enough not to push it too far with the so-called improvements we always try to make. Of course, they are part of our development as humans, but modifications have to be made with the thought of the surrounding world in mind. The man-environment interchange exists, but it has to be in acceptable limits.
The industrial revolution was the reason for the first big change in the natural environment. With the manufacturing business a lot of factories were built, which led to air pollution, disturbance of biodiversity, greenhouse effect and many other bad influences on the environment that haven’t been seen before.

The balance between nature and man was damaged and ever since the healthy connection between these two is tried to be re-established. In their attempt to preserve nature’s riches and biodiversity, people started protecting sensitive eco-zones like wet lands, forests, biosphere reserves, etc. through demarcation. All this couldn’t go without the protest of contractors who wanted to use that land for commercial purposes. The fight still continues until present days.
The human interaction with nature has not always been a positive one. When we act carelessly towards it, we not only harm the surrounding environment but ourselves as well because as much as we draw benefits from the over-construction, in the long run we doom the future generations to lack of natural resources, to a polluted air, to unhealthy living conditions, to a bad quality of live (leaving the financial part aside).

It’s time to get back to the basics, to cooperate instead of destroy, to become one with nature instead of acting selfish. This is our only chance of being a healthier society for longer. It doesn’t mean that progress has to be denied. It just has to be directed in such a way that man and environment work together and not against each other.

3 Comments on “What Is Environment?”