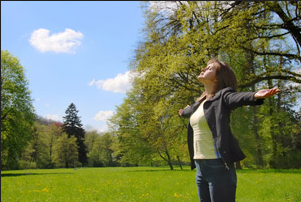 Water and air quality guidelines and standards often are developed and used in a manner that is disconnected from their original intended purpose, with the scientific reason for each standard being forgotten. The goal of this assignment is to investigate and explain the underlying reasons behind the allowable limits and threshold values of specific water and air quality parameters.

How Air Quality Standard Came Into Being?

Sulphur dioxide is present in the environment through various natural and anthropogenic sources. In nature sulphur dioxide is being produced as a result of vegetation fires, volcanic emissions, ocean spray and foam, and by the action of microbial on sulphurous substances. (Fellenberg, 1997).

Anthropogenic sources of sulphur dioxide is produced by burning of fossil fuels, extraction of metals from ores and from various branches of chemical industry. Combustion of coal is of particular concern as there is about 1-9% of sulphur present (Baird, 1998). Considering the amount of fossil fuels that are being burnt all over the world particularly to generate electricity. The amount of sulphur dioxide being emitted by man-made sources is more significant than natural sources. Anthropogenic source is significant because 1) natural sources such as volcanic emissions the sulphur dioxide is shot high into the atmosphere 2) one property of SO2 in atmospheric conditions is that the gas disintegrate after two weeks. Therefore, SO2 cannot spread globally or affect the human population as suggested by (Fellenberg, 1997).

In the 1900s events that unfolded in Donora, Pennsylvania and the infamous London Smog of prompted Governments to take proactive steps to reduce air pollution. Since these events Governments/Organizations introduced many regulations to control point sources of many of the chemicals that were believed to cause deleterious effect on the environment and human health. Initially, after the London smog a series of regulations and acts such as Clean Air Act of 1956 and 1968 were promulgated (in UK). However, these acts did not place any limits to various pollutants being discharged into the air. The first time limits and guide values were used for specific pollutants was in Air Quality Standard Regulation 1989. Over the years these standards got refined and revised and currently Air Quality Standards Regulation of 2010 is being followed.

These criteria levels were set by reviewing numerous studies on the effects of air pollution. In UK, these values were based on the assessment of Expert Panel on Air Quality Standards (EPAQS). These threshold values were worked out by observing the effect of the SO2 concentration on human health and environment. The main focus while establishing the criteria level was that the SO2 concentration should be so low that it has the minimum effect on human health. Basically, the mechanism of toxicity associated with SO2 is that when inhaled there is a “decreased airflow due to airway constriction, altered mucocilliary and effects on alveolar macropahage activity” as stated by USEPA (1986). Ware et.al (1981) reviewed the pollution episode of London 1975 and found out as “maximum concentration of SO2 reached more than 944 μg/m3 an increase in 100 to 200 deaths above expected totals was observed during the week in which the episode”. Even when the SO2 concentration exceeded 500 μg/m3 for more than 24 hours there was increase daily mortality (USEPA, 1986). Similar case was observed by Knelson (1978), when daily mean levels (of SO2) reached 119-249 μg/m3 the elderly and asthmatic people had an increase in illness. Moreover, Sunyer et.al (2003) observed there was increase in hospital admission for Ischemic Heart Disease for every 10 μg/m3 increase in SO2 concentration from the average value of that particular place. This pattern was seen in 7 mega cities around the world. So a clear link can be seen between the increase of mean concentration of SO2 in the air and the rise in morbidity of people. To gauge the long term effect of SO2 concentration on humans several studies showed two communities with different SO2 levels in the air i.e. one with a SO2 concentration in the range of 68-275 µg/m3 and the other community in the range of 10–123 µg/m3. The results showed that the community with clean air had low respiratory illnesses and small or no reduction in lung function (WHO, 2000).

Mudd and Kozlowski (1975) pointed out that Sulphur Dioxide can effect plants depending upon the reaction of SO2 with the solution. So, the key reaction that determines the effect is the degree of oxidation of SO2 into sulphate. The most common type of injury that a plant gets due to SO2 is intraveinal chlrosis.

In conclusion it can be said that the National Air Quality Strategy (NAQS, 2000) have a clear scientific rationale behind the parameter limits. Furthermore, SO2 levels have dropped considerably over the years since the implementation of the strategy. DEFRA statistical release (2014) states that from 2009 till now an average of 0.41 million tonnes SO2 is decreased annually. Based on the evidence I feel the allowable limit of SO2 is appropriate and consistent with evidence present.

View all posts by Ali Abdullah →