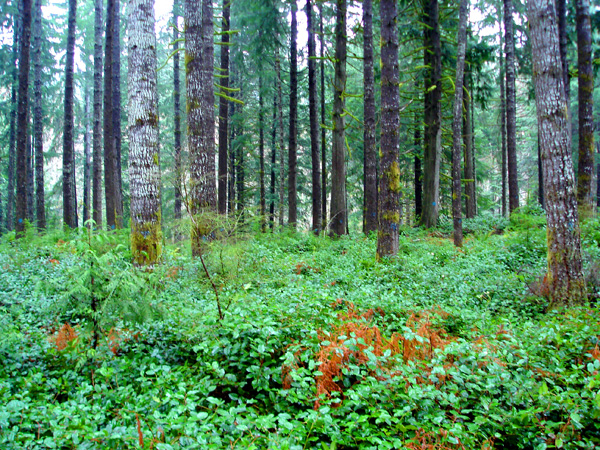 Forest has been defined as “An area with a high density of trees. These plant communities cover large areas of the globe and function as carbon dioxide sinks, animal habitats, hydrologic flow modulators, and soil conservers, constituting one of the most important aspects of our biosphere “. Forests are the storehouse of natural resources, without which the very sustenance of human population would be under threat. Yet forests have been the first to bear the brunt of civilization. Growing human population has consistently put pressure on the forest cover.

While declaring state reserved and protected forest under forest act 1927 and 1936, the rights of the local people were readapted and converted into servitude and concessions. These forests were primarily managed for commercial purposes and local people remained alienated from any stage of planning and management. This way of management might have played a positive role at that time, but with the passage of time when the population increased it led to illegal destruction of the forests for domestic use and for income generation. The forest acts hindered the satisfaction of such requirements and this caused conflict between forest department and communities. The forest department had to register help of various law enforcement authorities, but could not bring any change in the situation. Experiences of joint forest management gained from Nepal, India and other south eastern countries were considered to be the solution of the problem. JFM was started on small scale in the Siran valley of district Mansehra during 1996.

Generally it is argued that the success of new system of management highly depend upon the behavior of the partners, socioeconomic and political realities of the environment. Unless radical steps are taken for changing the organizational setup of the hierarchical forest department for building capacity, appropriate behavior and for supportive environment, the future of JFM is not secure, practical short, mid and long term steps have to be taken for success of the participatory forest management.

Joint forest management (JFM) is an approach to collaborative forestry, emanating from the desire to allow forest dependent people to obtain legitimate access to forest resources for meeting their livelihoods. It recognize the fact that proper forest management cannot be possible some level of cooperation of the local people.in this system surrounding communities are involved in the management of the state forest under a set of conditions spilt out at the begging of the program(Naira and Matose,1994).

In Pakistan, JFM have been applied first in the Siran valley of district Mansehra  where the survey reports revealed that half of the forest cover has disappeared between 1967 and 1988(SFDP, 1995). Such a catastrophe cannot be simply attribute to increasing pressure of the growing population, the miss management of private forests under cooperative societies system and traditional management of state forests   are equally responsible. Past management of the state forest remained exclusively geared towards timber production. Local people remained alienated from any stage of planning and management except admission of certain locality specific concessions. This system worked when the local population was small, consumption was limited and resources were abundant. At the present stalemate attitude of protracting the forest against the resource dependent locals by law enforcement has rendered the forest department in a constant state of confrontation with them.

Keeping in the view aforementioned scenario it was realized the affective forest management is not possible without the cooperation of the local people. A project named SIRAN forestry development project (SFDP) was launched during 1991-92, with primary objective to seek opportunities for involving local people in the state forest. JFM was first introduced in Fateh Bandhi of Siran valley.

a. Land Used and Forest Types

Siran valley extended over an area of 1668 sq km. according to latest remote sensing  analysis 1992 the land used in the valley and forest type shown in table 1 and 2 .legally these forest are classified into state(reserved and protected) forest and Guzara (private forest)

Table 1 Land use in Siran valley

These forest share 52% of the total classified forests of the valley and there are no rights for communities except some locality specific concession. Timber production remained the main purpose of their management. Local people were supposedly kept out by enforcement of law and regulation. Since mid-1970 semi government organization forest development cooperation (FDC) is administering the harvesting and marketing in these forest. Before that the forest department was doing it alone.

These forests cover 48 % of the classified forest area of the valley. At the time of settlement during 1904-05, substantial chunks of forest were set aside the vicinity of the villages for meeting the bonafide need of the villagers who had title of land in village. The rights of the villager were recorded, and still that ethnic community inherits these rights. A substantial part of local population has no legal rights in these forests. During the 1950s the managements of these forest was transferred from district administration to forest department. Separate management plans were prepared for these private forests which were revised after the period of ten years. The revenue generated by harvesting of this forest was apportioned amongst the owners after deducting 20% as managerial charges and development expenditures. This system continued till the mid of 1970 when the FDC took over the task of harvesting and marketing. The FDC could not prove it an efficient substitute. Owing to heavy managerial expenditure and inefficient marketing the owners become dissatisfied with the revenues offered to them. They steadily refuse to allow FDC in to harvest their forests. Consequently, the sphere of activities of FDC limited to state forests only.

This system was replaced by cooperative societies system where the cooperatives societies of the owner were responsible for implementing all the operation of management plan written and approver by forest departments this system remained in vogue from early 1980s to 1993 when it was abolished.

Siran valley is a part of district Mansehra, which was at one time entirely forested. The problem of disappearance of forests was recognized as early as 1853, under British rule. At the time a contemporary named longton, reported that forest disappearance and timber losses were great in the western Himalayas and that there was deterioration every day (Khatak 1992, adapted by Schweennesen, 1994).

In 1979, area of Siran valley under forest was 860 sq. km, which reduced to 470 sq. km in 1988. This means that in 9 years 44% of forest cover had gone. The very existence of the forest cover in the valley is endangered. These alarming developments are primarily caused by an ever increasing demand for timber and firewood and expanding requirements of agriculture and grazing lands of rapidly growing population. Forest self-sufficiency is about 60% of the requirement. Low productivity of land, small base in agriculture, unattractive tenancy conditions, and lake of income opportunities in other sectors, all constrain the people to expand their agriculture into areas which were forests in the past. A substantial area of forests has been converted into agriculture land and grazing lands. For meeting their need of cash income, many local people have become cheap suppliers of illicitly procured timber Mafia. Keeping in view the aforementioned situation, protection has become a key mission of the Forest Department ever since.

The conventional approaches reckon these issues as “a forestry issue”, “a growing population issue” or “a law enforcement issue” and adapt different ways to address these issues separately. Actually all these issues are interrelated and need a pluralistic integrated approach. The stake holder have to be identified and weight given to their stake and interests. Otherwise sustainability is a day dream.

There are five assets of rural development: The natural capital (nature’s goods and services), Social capital (cohesiveness of the people in the society), physical capital (local infrastructures) and financial capital (stock of money and savings) (carney, 1998).

An overwhelming majority of 0.8 million population of the Siran valley live in rural areas. Forest plays a vital role in the livelihood of these people in terms of firewood, timber and fodder for livestock. Absence of worthwhile off farm job opportunities at a local level accompanied with declining chances of employment in the cities, further increase the importance of the forests even for the very existence of these people. JFM seek to increase their ability to influence the policies and institutions, which define their livelihood options in shape of legitimizing their access to “natural capital assets”.

The true assets of a nation are its people who build the nation and country. Chambers (1983) identifies vulnerability as an ignored face of poverty. This means shortage of wealth, and assets as resilience against the contingencies. Any economic shock causes an irrecoverable dent in the economy of the victims. They know much more about resource development and conservation, if they are treated like partners and friends, not illegal subordinates. Succinctly, the involvement of the people in the management of the forest resources is not only required for their own development but even for the conservancy of the resources itself.

After entering into a formal agreement, the comities of the user group(beneficiaries) joined with the forest department to take over the responsibilities mentioned in the term of agreement. In the light of experience and various project documents, the achievements and performance of the committee of the beneficiaries are summarized in the following sections.

The forest under the JFM is under persistent threat of illicit cutting by organized gang of timber smugglers. It needs continuous patrolling for effective protection. The committee designed a schedule where on a turn basis by turn individual of various hamlets joined the forest department staff in regular patrolling of the forest. As admitted by the senior staff of forest department (personal communication), the illicit damage to the forest was drastically reduced with the inception of JFM.

There were number of undecided forest offence cases pending in the court. Despite the help of other law enforcement agencies, the progress of production of accused offender in court was very low. The dynamic leadership of local people made it possible to clear all such pending cases by volunteer surrendering by the accused persons. Such volunteer surrendering was not the admission of the charges, but to evade chances of any dispute with forest department, which might lead to a clash in future.

A substantial area of forest had been encroached by the beneficiaries in the past. They were using such areas for agriculture, grazing land etc. they were using such lands for number of years. Despite many efforts the forest department could not evict the encroachers. With the efforts and persuasion of the committee the villagers surrendered such encroached lands.it was really an achievement of its own example in the history of forest department.

The direct user of the forest got the legal access to the natural resources, which built their natural capital. Legally their status turned from subordinate to equal partner of forest department in managing the forest. They got respect and access to the institution in taking part in collective management of the forest. Hence their social and human capital increased. Relief from vulnerability to imposition of fine and extrusion of bribes enhance their financial capital as well. The committee of the user and the project staff all are winners and actively supporting the new system of management.

a)     Strengthen institutional capacity of the forest department to support community based forest resource management.

b)     Extensive training of the staff and social forestry, both for attitudinal change and for enhancing their ability to learn and adopt.

c)      Consultation of beneficiary’s representatives in posting transfers of the field staff involved in JFM.

e)     Change from centralized hierarchical system, where the information is fed upward and decisions are passed downward, to decentralize task based system. Devolve responsibility and resources on bottom level so that the staff on the boundary of the organization can take joint decision with the communities for resource management.