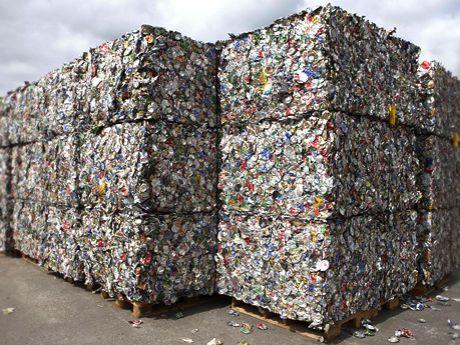 Business or better said industrial waste is a big part of the general input of waste all over the world and it is actually the most effective one on the environment, especially when it comes to the longer time it takes it to decompose. Mostly, businesses and companies are expected and encouraged to take care of their own trash and waste by separately arrange the collection of it by private firms that are specialised on this area of expertise. Some even choose to have their own machinery that solves the waste production problem and that is the most efficient way to do it as it is also more practical in matters of time and money. However, shops, grocery stores and other small businesses do not quite need all of that, so their garbage is collected by the usual contracted companies and treated as municipal waste as everybody else’s trash. Still, recycling is an important part of everyday life and by doing it, people help diminishing the amount of hardly decomposing scraps that can damage the environment by releasing all kinds of toxins in the ground, water and air. It is very well-known fact that some of the scarp plastic and meal that people throw chaotically end up in the oceans and being eaten by the underwater beings or getting tangled into by dolphins, turtles, fish, seals and even water birds that eventually drown and die because of the lack of mobility. There are some bald entrepreneurs that initiated extraordinary projects by collecting all those scraps from the waters, by the time the oceans are free again many animals will continue to die and until then there is a very long way.

How does the technology work?

First of all, there are different kinds of balers or compacters on the market. There are horizontal or vertical, working on compression in order to create the compacted bales of scraps. Some of them are created to only work with plastics, metal, cardboard, paper or other scrap materials. In any case, the working principle is similar for anyone of them, having a hydraulic system and a big opening in which waste can be constantly thrown and pressed with the equivalent of tens of tons (depending on the machine and the kind of material it has to process). The amount of time for the actual pressing process only takes a few seconds, which ensures that there is no time lost and that the waste can be thrown in anytime. The bales it produces are already made to fit the recycling mills and the sensors it has will start and stop when they sense activity inside the container.

What is the difference between baling and compacting?

These two words actually refer to the same process of compacting waste in tight bales like farmers do with hay. The only difference between them is that people use different words when it comes to it. That is nor a good neither a bag thing as everybody knows what it means and what it refers to. But is it compacting or baling in New Zealand? The machinery that does it is actually called differently depending on the country (meaning the English-speaking ones, of course). In UK it is called a “baler”, but in New Zeeland it is called a “compactor”. It does not mean that the other name is wrong in any of the countries and actually the selling companies that produce them usually call them both just to eliminate the confusion that may occur when trying to find and order one of these very efficient and benefic machines. So, in terms of efficiency or how the work with business waste there is no actual difference. The words used to define the machines intuitively come from what they actually do because they compress (compact) and turn scraps into bales that not only occupy less space than just being left like they come, but it also helps with the environment by emanating less toxins and having less of an impact on the carbon footprint of the planet.

Why is it important?

There are 4 major reasons that make these machines the best choice when it comes to dealing with business waste and trash. And the most important part of using them is that they can work with a very wide variety of scraps like plastic, cardboard or polystyrene. We will state the 4 main reasons below: