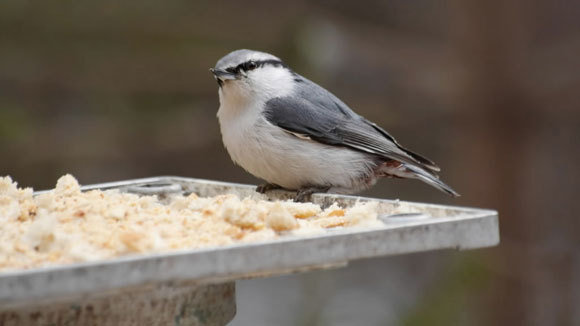 As agriculture becomes more intensified, it becomes more and more difficult to understand exactly how agricultural processes affect surrounding wildlife and to what extent they are being affected.  Pesticides have been commonly used to control or even eliminate a variety of pests that damage crops or reduce farm productivity.

The use of pesticides on food that humans ingest is controversial in itself, but there is a potentially larger problem when using pesticides; pesticides don’t discriminate. A pesticide’s main purpose is to kill and ward off what is considered to be a pest, however, that doesn’t mean that it won’t affect anything else that gets in the way. Birds are largely affected by pesticides, but because of the behavioral patterns of many birds, it is difficult to tell the extent to which they are being affected. There are many different ways that a bird can be exposed to pesticides including ingestion, absorption through the skin, and inhalation.

According to the US Fish and Wildlife Service, 672 million birds are exposed to pesticides every year and of those 67 million immediately die as a result. This number may not be the exact one reported across the board but it’s undeniable that all estimates are far too large.

Different species are affected differently by different pesticides but the fact remains that thousands of birds die each year because of pesticides. Pesticides kill birds both directly and indirectly depending, again, on the species and the type of pesticide. Some pesticides, such as DDT, attack bird’s nervous systems and poison them. DDT is no longer used in the US, but developing countries still use it. Migratory birds spread the pesticides used in other countries making the problems associated with it persist elsewhere.

Other pesticides affect various aspects of a bird’s behavior making them more likely to die. Some examples of this are lack of appetite, changes in activity level, and in some cases, feminization of embryos.  Changes in parental patterns are also common when birds are exposed to pesticides which can affect the longevity of the species.

Pesticides and the Environment

Pesticides also have a direct impact on the environment which affects everything living within it. A main purpose of pesticides is to kill off insects that plague crops. While this can improve the quality of the crop, it destroys a large source of food for birds. Killing off such a large food source makes birds more prone to starvation. If a bird is somehow able to find a food source around a crop area, it is more than likely that they will ingest whatever pesticides were used on that crop.

If helping out your avian friends isn’t enough motivation for you to make a change, then think about all of the effects pesticides have on you and your own body. Consuming food that is grown or produced with the aid of pesticides can have devastating effects. Consumption of pesticides in humans has been known to cause an array of things such as food allergies, memory loss, diabetes, cancer, and birth defects.

Our society becomes increasingly dependent on agriculture which makes getting away from pesticides seem like an impossible task at times. Suggesting that we should give up consuming anything that is a product of agriculture and become and strict vegan is too extreme for many but there are simpler ways we can help to control the problem.

By reducing our dependence on pesticides, we can help reduce the overall need to use them.  What we do and the decisions that we make on a day to day basis have a huge impact on our environment and the delicate ecosystems within it.