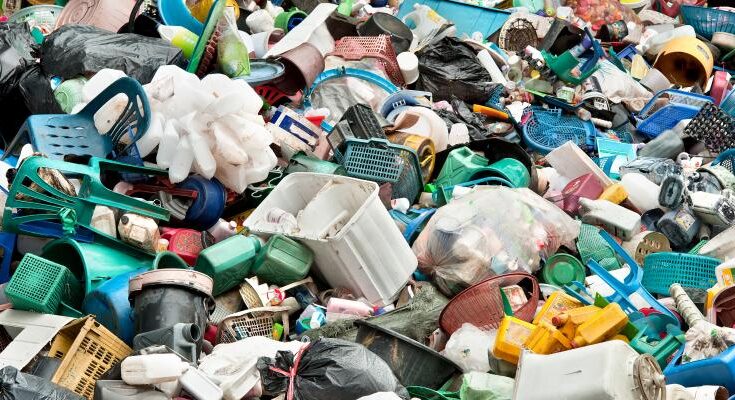 The Earth is home to many species of living things. As the dominant lifeform, human beings have a big responsibility to care for the planet. Over the course of history, this has not been done well. Motor vehicles and factories pump tons of pollutants into the air. Garbage dumps team with wastes of all kinds. Numerous species have become extinct or endangered due to human carelessness. Oceans cover about 70% of the planet and are filled with marine life. Sadly, the pollution that humankind has imposed on the air and land is also impacting the sea. Pollutants of all kinds end up in the oceans of the world. One of the major wastes is plastic.

How Plastic Gets into the Ocean

The invention and development of plastics were a boon to industry. Objects of all types could be manufactured inexpensively. They are lightweight, durable, and can be discarded after use. The problem with throwing plastic away is that it does not decompose like organic material. It lasts, filling dumps and, as USAF veteran, Ralph Thurman knows, it frequently finds its way into the ocean.

Plastic waste is light and often blown by the wind into rivers which carry it to the ocean. Coastal dumps are located close enough that plastic can land right in the sea. Marine pollution is a major problem for the many species that live in the ocean. Fishing and other activities performed by humans at sea contribute about 20% of the plastic pollution.

How Marine Life Is Harmed By Plastic

When plastic gets into the ocean, eventually it will be encountered by the animals that live there. These creatures spend much of their time looking for food and often mistake plastic objects for nutrition. They consume these objects which interfere with their digestion systems and this can kill them. A plastic bag floating along, filled with water, closely resembles a jellyfish, a common food for sea turtles and other creatures. Aquatic birds that fly over the water looking for fish see plastic floating on the surface and swoop down to eat it. Marine biologists have looked into the stomachs of many sea creatures that died and found a plethora of plastic objects.

Other plastic objects, such as six-pack beverage holders can trap animals or stuck around their necks and suffocate them. This has happened many times to turtles, dolphins, and whales. Ducks and other waterfowl are especially vulnerable.

How You Can Help

Single-use plastic is the biggest contributor to the problem. By cutting back on plastic use and recycling the plastic that is used, people can help reduce the amount of plastic that lands in the oceans and keep a safe environment for the animals who live there. Using paper cups, bags, and straws is important. Bottles and cans are recyclable and are a better choice than plastic containers.

One of the biggest pollution problems the world faces is plastic in the ocean. It’s up to human beings to eliminate the issue and make the sea safe for its inhabitants.