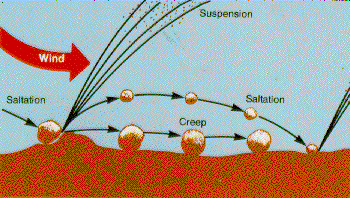 Erosion is a process that removes soil layers and carries them away from farmer’s fields to bodies of water or other land. Erosion results in the loss of valuable soil and its nutrients that are necessary for crops to grow. The total area of pakistan is 79.61 million hectares (mha) of which 20.61 mha are cultivated, 3.16mha are under forest, and 11.10 mha are not available for cultivation. According to an estimate, wind and water erosion effect over 76% of the country’s total area.over 36% is being eroded by water and 40% by winds.about 14000 ha of land go out of cultivation annually. Every year approximately 01 billion tonns of soil is being lost, silting up precious dames and dumped into Arabian sea. The storage capacity of Terbela dam has been decreased from 9.68 MAF to 8.6 MAF during a spane of two decades and Mangla dam has decreased its capacity from 5.34 MAF to 4.7 MAF . so the situation is inviting us to thing about it.

Removal of soil from one place to another by heavy wind is known as wind erosion. Wind erosion is common in dry weather and cause extensive damage.

Water erosion may occur gradually during rainfall or when winter snow melts in fields. It can
also happen suddenly during floods.

Water erosion is most obvious on steep, convex landscape positions. However, erosion is not always readily visible on cropland because farming operations may cover up its signs. Loss of only 1/32 of an inch canrepresent a 5 ton per acre soil loss. 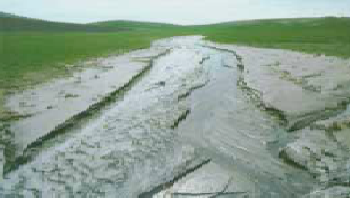 Suspension, saltation, and surface creep are the three types of soil movement which occur during wind erosion. While soil can be blown away at virtually any height, the majority (over 93%) of soil movement takes place at or below one meter

One of the important of controlling of soil erosion is thick crop cover to maintain high soil fertility. The growth of bumper crops on fertile soil will not provide the good cover the soil but will also add to the organic debris, which will increase the absorptive capacity of soil, and also its aggregate capacity.

Another method of checking soil erosion in an effective manner is the tillage of soil in contour on the slope. It is recommended that in these narrow trips of fields the cover providing crops such as the grain should alternate with the crops such as pea and potato which provide less cover to soil. The strips of field will check the runoff water effective and will check the soil erosion.

In case of serious erosions the land should be reforested or kept as a permanent pasture. The vegetation will not only provide effective cover to the soil but the development of root system will hold the soil properly.

When the soil becomes unfit for cultivation the making of furrows in contours will check the runoff water and soil erosion and will help in the development of vegetation, crop can be cultivated on the outer banks of these furrows which hold the water for longer periods.

Construction of terraces along the slope will check the soil erosion and water flow. The height of the terraces will depend upon the degree of slope. Terrace formation will not hamper the normal cultivation.

Construction of small dames where the gully erosion is extensive will help to check the further increase in size of gullies. These dames can be constructed even by the stacking of wood and straw against the flow of water, the wood and straw can be secure further by wire netting.

Wind erosion control: The soil should kept moist as far as possible especially in the season of wind storms. Moist soil is less vulnerable to wind erosion than dry soil. Some vegetation cover will check the erosion as the roots hold the soil particles strongly. Soil surface should be rough as the rough surface checks the wind velocity to a great extent. Wind breaks by planting tree in rows are shelter belts of any means are effective in wind erosion. 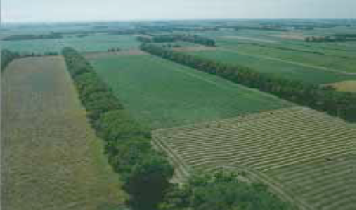 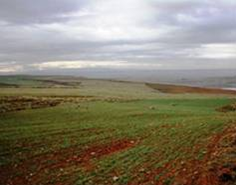 Typical examples of areas with rather seasonal precipitation and short drier season (Eskisehir Plain-Turkey, left) and extreme rainfall seasonality with most precipitation occurring in a period less than 3 months (Santiago Island-Cape Verde, right) 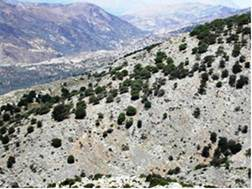 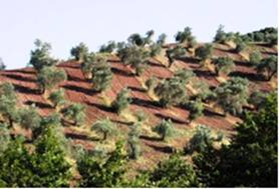 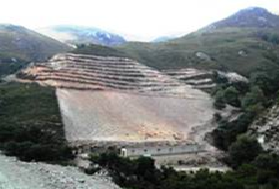 . Examples of deforested area to be used for pasture (left) and planting vines (right)

So be careful of erosions and manage about it before it.

View all posts by Ishtiaque Shah →