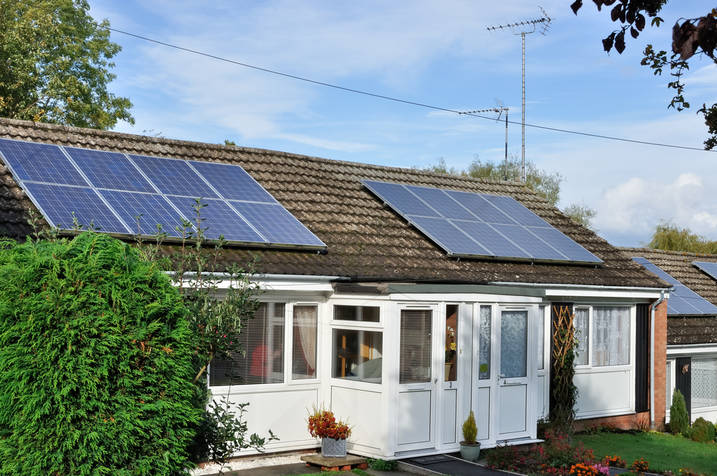 All over the world, the adverse effects of global warming have been felt for years. Rapid melting of the polar ice caps, more severe storms, and droughts are just a few of the consequences blamed on the extensive use of fossil fuels. This has convinced many people into considering and utilizing more renewable forms of energy. One of these is solar energy.

Solar power is produced by employing two types of technology:

Solar energy has been touted as one of the best sources of energy because it is clean and doesn’t release greenhouse gases to the atmosphere when it produces electricity. However, if you are to consider the entire process of how solar power is generated, you may find that its carbon footprint isn’t so spotless. It impacts the environment in some ways.

Solar power is produced by panels that make use of the sun’s rays. The larger the area exposed to the sun, the more efficient generation will be. Thus, large tracts of land are needed for power generation, especially for CSP.

The environmental cost of solar panels is usually borne by deserts and recreational lands because most power plants are built in these areas. Clearing land to build power generating facilities means the loss of habitat for wildlife and native plants.

This kind of impact can be minimized by building facilities in unused industrial sites and abandoned mines. Solar arrays can also be installed on top of homes and commercial buildings, so no additional land will have to be converted.

Power stations that harness the sun’s heat employ water cooling systems during the process of energy production, to cool the turbine generators. Water is likewise used to clean the mirrors that serve as energy collectors.

Since these facilities are commonly located in sunny areas where the climate is dry, water conservation measures have to be put in place. Besides, withdrawing large amounts of water from the environment can affect the fragile ecosystem in these areas, depriving organisms of their water source.

Solar energy is indeed clean, but the materials and equipment used in generating it are made in manufacturing plants that burn fossil fuels. Thus, the technology still contributes to greenhouse gas emissions, although indirectly.

In making solar panels and operating power plants, pollutants are released into the environment. For instance, to purify silicon for the PV cells, toxic chemicals such as sulfuric and hydrochloric acids are used.

Despite the unfavorable effects, there is a reason why solar energy is one of the best eco-friendly alternatives to coal, gas, and petroleum. It has benefits that positively impact the environment.

The burning of fossil fuels releases toxins into the air, like methane and carbon dioxide. These gases not only add to the rising global temperatures but can impact your health. Pollutants in the air can cause respiratory diseases like asthma and lung infections.

If you install PV cells in your home, you can help reduce demand for electricity powered by conventional means. According to experts, switching to solar is like planting around 150 trees every year. Aside from reducing your carbon footprint, you will make the world a healthier place to live in.

Water is becoming a scarce resource and should be conserved. Power plants that run on conventional fuel sources have turbines and pipes that need constant cooling with water, consuming thousands of liters per year.

On the other hand, photovoltaic cells only need sunlight and do not require water to generate electricity at all. The only time when the use of water is necessary is when it’s time to clean them up.

It doesn’t matter how much of the sun’s energy is used. There will always be plenty left over because it’s renewable. Best of all, it doesn’t cost you a single cent. The sun is the planet’s most abundant energy source, producing 173,000 terawatts per second. This amount of power is ten thousand times the energy requirement of the whole world.

Oil and gas may seem plentiful today, but their supply is not infinite like that of the sun. There will come a time when they will be all used up, or it will be too expensive to extract them. Making good use of solar power today, at a time when finite resources are still available, will ensure that future generations can still get to use them.

While the use of solar energy does have an indirect negative impact on the environment, it is still considered by many as a great alternative energy source for the future. It’s abundant, renewable and environmentally friendly. Fortunately for consumers, solar power technology is increasingly becoming affordable these days. Soon, you and your neighbors will harness the sun’s power to light up your homes.