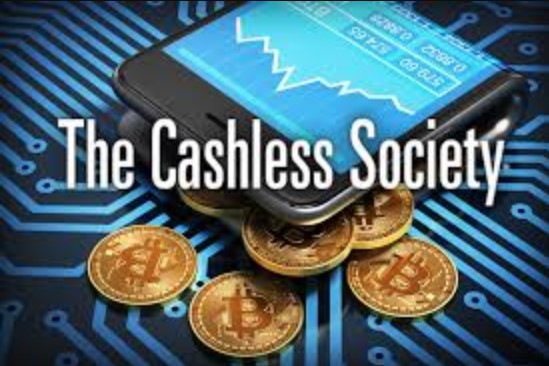 While all technological advances are also judged on their environmental impact, it seems that the debate on the cashless society has not sufficiently taken this issue into account. Transition to digital technology and cashless payments is not such an eco-friendly move as it might seem.

Modern society is going digital, and the financial services industry is at the forefront. We receive smartphone notification instead of advice slips, online application is just enough to get a loan, and non-cash payments are increasingly replacing paper money. Production and consumption of paper in the banking sector is declining, much to delight of those concerned about the environment.

However, it is becoming increasingly obvious that some companies that support these ideas care about profits, rather than about environment. Let’s take a closer look at the situation and see if the paperless –and cashless -society can save the planet.

We know that paper is mainly made from wood pulp, and most modern banknotes are made from paper. Does this mean that we literally chop wood to turn it into money? Not at all, because the banknote paper is made not from cellulose, but from cotton. Moreover, many security paper producers use waste of the yarn industry instead of raw cotton. For instance, approximately 6,640 tons of cotton residues were used in the process of manufacturing the euro banknotes in 2018, which has significantly reduced the need for the raw material and cleaned some landfills.

The environmental responsibility of those involved in the banknotes industry doesn’t end here. They adhere to strict regulations and are obliged to collect all unfit and worn-out banknotes – it is impossible to find a landfill full of used money! Most of bills are collected by special firms, which then recycle the money properly. Bank of England, for instance, uses old banknotes to make soil improver for agriculture or sends them to a local energy facility to generate electricity.

Sustainable production, maintenance and recycling of banknotes take enough time and effort. Against this background, non-cash payments look much simpler: pressing a button is all that you need to do if you want to pay. However, this simple movement entails a huge environmental responsibility, because the cashless society is not as environmentally friendly as we imagine.

First, it is based on electricity, consumption of which keeps going up every year. The International Energy Agency is forecasting a 62% increase in global power generation between 2017 and 2040, with fossil fuels remaining the mainstay of the global energy supply. These numbers mean that the growing number of power station plants will result in increased greenhouse emissions, polluted water and air. At the same time, the ICT (Internet Connected Devices) will become one of the main contributors in environmental degradation since it is expected to take up to one-fifth of global power by 2025.

Besides, the cashless society poses another issue that represents an even greater threat. This is the fintech industry, its cryptocurrencies and the distributed ledger technology. “Individual facilities operated by miners can host computing power equivalent to that of millions of personal computers, says the Bank for International Settlements. At the time of writing, the total electricity use of Bitcoin mining equalled that of mid-sized economies such as Switzerland, and other cryptocurrencies also use ample electricity. Put in the simplest terms, the quest for decentralised trust has quickly become an environmental disaster”. In this context, the growing popularity of the fintech and cryptocurrency sphere does not sound so encouraging.

The seemingly intangible and lightweight cashless society creates a significant environmental footprint. We stare at screens of computers and smartphones, count numbers of bank accounts, but forget that each of these devices leaves an indelible imprint on the planet. 60% of e-waste end up in landfills, while we keep producing new ones to meet the ever-growing demand for up-to-date equipment. Perhaps we should think about the fact that, despite commercial statements, the transition to digital technology is not such an environmentally friendly step as it may seem.