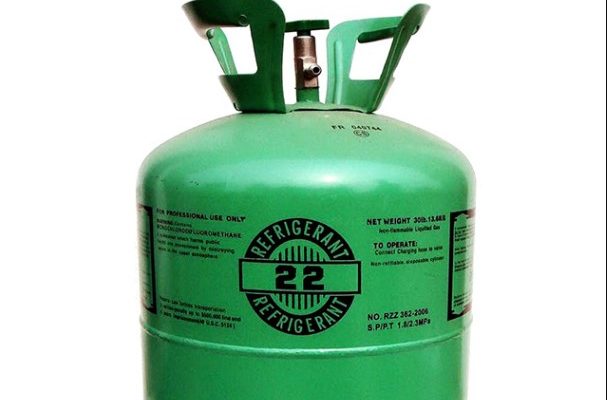 R22 or Freon has been the refrigerant mainstay in the HVAC industry for many decades. That is due to the many advantages offered by the coolant. In fact, Freon is compatible with almost all HVAC-R equipment on the market today. It is also energy efficient compared to most of the other coolants out there. Unfortunately, the substance causes damage to the ozone layer. The Environmental Protection Agency (EPA) in the United States decided to phase out the substance from being used as a coolant in the HVAC industry. The first and second stages of the phasing out are already implemented. That is why R22 is not used in HVAC units that are manufactured after 2010. All units that are manufactured after 2010 should use an environmentally friendly alternative refrigerant instead of R22. In fact, R22 is manufactured only in limited quantities in order to service the already existing HVAC-R units across the country. If your home or office is having an HVAC system that runs on R22, you may face a big problem when the substance is completely banned in January 2020.

R22 is being manufactured and imported to the United States in limited quantities to service the existing HVAC-R systems in the country. That is why the price of Freon has skyrocketed within a short period of time. In fact, you won’t be able to buy R22 for less than $105 per pound on the market today. That is due to the high prices charged by the unscrupulous suppliers who have stocked up the substance. They take advantage of the supply and demand situation in the market to unnecessarily jack up the price of the refrigerant. If you have a system that operates on R22, you may face problems when the substance is completely phased out in 2020. You may not be able to find R22 even for exorbitant prices after this deadline. That is why you should consider replacing your existing HVAC unit with a system that operates on an eco-friendly alternative coolant. There are many such coolants on the market today. But all of these products are not top-notch. In fact, some of the alternative coolants on the market don’t have energy efficient qualities similar to R22. But they don’t deplete the ozone layer of the planet. Hence, you should be doing the necessary research before choosing the best alternative substance for your HVAC-R system. Working with a qualified and experienced HVAC technician in the industry is the best way to go about finding the best alternative refrigerant for your HVAC system. You will save a lot of time and money in the process when you choose a reliable HVAC professional to convert your current R22 system into a system that runs on an alternative refrigerant.

If you have a very old HVAC unit in your home and it runs on R22, the best thing is to replace the entire unit with a modern HVAC-R system that is energy-efficient and environmentally friendly. You can save a lot of money on your energy bills if you make this shift without delay. But what if your HVAC unit is still fairly new and runs on R22? The best thing is to implement a maintenance schedule to prevent coolant leaks from the system. If there are no refrigerant leaks, you can use the system for some time to come without any problem. A good maintenance schedule will protect the equipment and prolong its lifespan over time. That way you can easily use the existing HVAC-R system in your home or office for many more years.

But if you have a refrigerant leakage in the existing system and it runs on R22, you may have to consider replacing the entire unit or the refrigerant in the unit. Replacing the entire unit will cost you much more than just replacing the coolant in the system. There are many new coolants that are compatible with R22 systems. TdX 20 is one of the best coolant refrigerants that run on R22 units. You can easily replace R22 with TdX 20 without having to change the entire unit in the process. Just imagine how much money you would be able to save in the process. That is why you should consider using TdX 20 in case you want to replace R22 or Freon in your existing HVAC-R system. There are many benefits of replacing R22 with TdX 20 – which is one of the most popular alternative refrigerants on the market today. Here are some of these benefits.

TdX 20 is a replacement refrigerant for Freon or R22. It was developed by Bluon Energy a couple of years ago. Many HVAC industry experts believe that TdX 20 is one of the most viable alternative refrigerants on the market today. The substance closely mimics Freon in its energy-efficient benefits. But it doesn’t damage the ozone layer of the planet like Freon. On the other hand, you can replace Freon in your existing HVAC unit with TdX 20 without making any structural adjustments to the unit. That is because TdX 20 is compatible with all units that operate on Freon. You will save a lot of money in the replacement process by shifting to TdX 20 from the current R22 in your system. A professional HVAC expert can help you make the shift without any problem. That is why you should be working with a highly knowledgeable and trained service provider in the area.

Replacing Freon with TdX 20 will reduce your electricity bills over time. The HVAC system will use 25% less energy to make your home comfortable when you replace Freon with TdX 20. Hence, don’t delay to make the shift and save a considerable amount of money down the road. On the other hand, the price of TdX 20 is around $15 per pound while the cost of a pound of R22 will cost you more than $115 right now. Considering all these factors, you should replace R22 in your HVAC system with the energy efficient and environmentally friendly TdX 20.