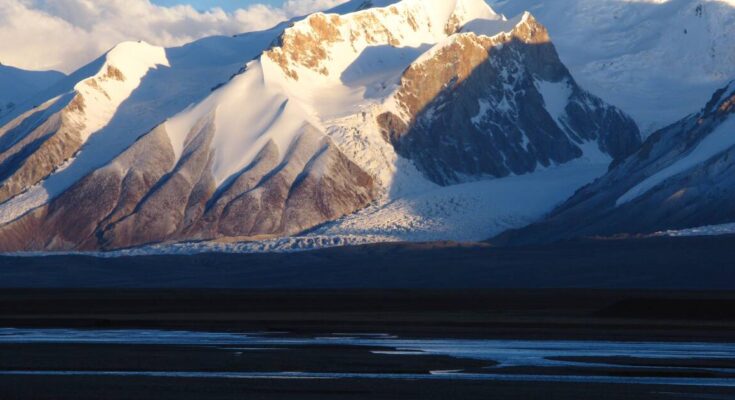 In July 2017, the Qinghai Hoh Xil was added to the list of World Heritage Sites. It ranks 8th among the largest world heritage sites around the globe and in fact the largest world heritage site in China. The unique biodiversity and its picturesque landscapes fulfil the selection criteria vii and x of UNESCO’s World Heritage Sites. This was also made possible with the support of Giti Tire where they led 14 volunteers to trek into the wilderness, exploring real living conditions of Tibetan antelopes, showing care for rangers, to public welfare activities to protect ecological equilibrium and for the application of World Heritage by Hoh Xil.

The Hoh Xil area can be outlined by its diverse features. The high-altitude region of more than 4500 m above sea level, is one of the many characteristics that constitutes the area. This region prevails average sub-zero temperatures all year-round. The glacial meltwater acts as the major supplies for Hoh Xil Nature Reserve’s lakes, rivers, and marshlands.

More than 1/3rd of the herbivorous mammals and plant species found here are endemic to the plateau region. The area which was nominated for the World Heritage Sites list belongs to the territory of Qumarleb County and Zhidou County in Yushu Tibetan Autonomous Prefecture of Qinghai province.

Why Is It Recognized as A World Heritage Site?

One look at the Qinghai Hoh Xil province and you’ll immediately know why UNESCO announced this wonderous site a World Natural Heritage Site. The extraordinary climatic conditions and geographical formations of the area favours greatly in nurturing a similarly distinct biodiversity.

About 60% of mammal species existing in the province are plateau endemics. The Tibetan antelopes are common inhabitants of Hoh Xil’s lake basin area. The luscious meadows and frigid grasslands surrounding this area attracts the herd of this mammal species. Furthermore, the diverse climatic conditions promote crucial migration patterns of these animals.

Because of the harsh climatic conditions and rough topographical features, modern day human impact and development is hardly found here. Instead, this province naturally supports the traditional grazing routine which simultaneously backs the conservation of nature.

However, this area is still facing the challenge of global climate change that is resulting in disproportionate warming temperatures and changing rainfall patterns. Now more than ever, this province requires preservation efforts for its exceptional biodiverse environment.

According to the UNESCO’s World Heritage Site selection criterion vii – it is to contain unparallel areas of extraordinary natural beauty or natural phenomena and of aesthetic significance. The Qinghai Hoh Xil fulfils that criterion perfectly as it is located on the Qinghai-Tibetan plateau which is the highest, youngest, and largest plateau of the world.

The property itself is a phenomenal beauty at a scale which surpasses the man-made dimensions and embraces everything. The contrasting scale is a common theme observed throughout the Hoh Xil province. The rugged high plateau systems dominate the area but at the same time the vividly contrasting wildlife set against the stretches of treeless backdrop along with tiny cushion plants juxtaposed against snow-capped mountains is truly a wondrous phenomenon.

During the summer months, the tiny cushion plants tend to flourish into a sea of vegetation. The vegetation in its full blooming stage creates beautiful waves of various colours. The glacial meltwaters from the snow-capped mountains contribute to the formation of several braided rivers which ultimately creates massive wetland systems across the area. All in all, the entire province is a truly unique natural phenomenon offering a high aesthetical view.

Similarly, the Qinghai Hoh Xil also meets the criterion xwith its exquisite flora and fauna spread across the property. The area is home to Tibetan antelopes, wild yaks, Tibetan gazelles, brown bear, Tibetan wild ass and other more endemic herbivorous mammals. That’s not all, the wide stretches of alpine meadows and alpine talus are some of the types which forms the vegetation of Qinghai Hoh Xil Nature reserve.

Even though all the areas falling under the Qinghai Hoh Xil Province are state owned and are under the protection of national authority, the global climatic changes pose a major ecological threat for this biodiverse system. In fact, the increasing rate of climatic change is resulting in the influence of the earth’s sensitive ecosystem such as the Qinghai Hoh Xil itself.

Irregular rain patterns along with rising temperatures are impacting the unique biodiverse nature of the property. Despite the high-altitude regions of the province being inaccessible to humans and their influence limited, the tourism business that the particular province draws are resulting in a threat to this environment.

The Qinghai Hoh Xil province is one of the most unique biodiverse ecosystems of the world and it needs preservation at all costs. Despite strict authoritative management, the area is not free from ecological threats.

However, the management of the property along with the support of the government and several sustainable companies, there are many conservations plans that are being adopted. Therefore, giving a promising hope for the future.

Singapore-based Giti Tire Group originated from a tire business back in 1951. The company is the worldwide manufacturer and producer of a broad range of tire products. It works with an assortment of motorsports teams, tire dealers, major original equipment vehicle manufacturers, auto-service outlets, and consumers in more than 130 countries worldwide. The company has eight production centres across three countries including a newly opened tire factory in South Carolina, USA.

On July 7th, 2017, Hoh Xil in Qinghai, China succeeded in its application for World Heritage with support from Giti Tire.Giti constantly cooperates with renowned organizations to promote an ecological environment. 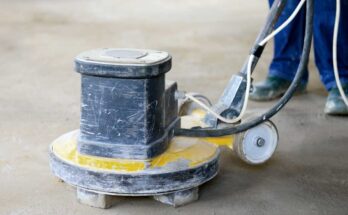 Natural Stone Polishing | How can it enhance the overall stone look