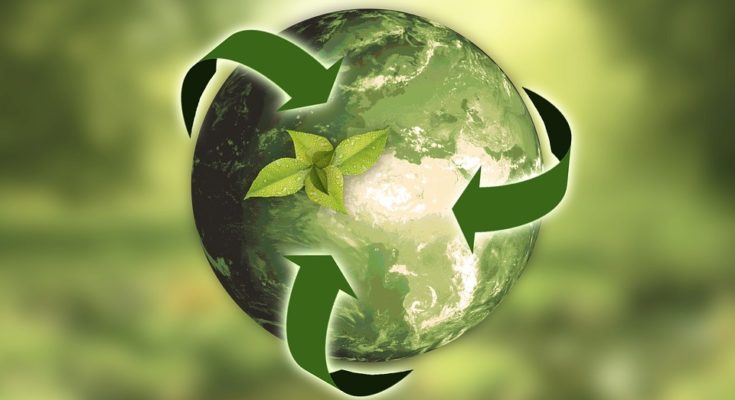 People started to notice the consequences of their damaging actions when it comes to the environment. Climate change, global warming, the greenhouse effect – everything contributes to the general state in which the Earth is found at the present moment. Some people are not aware of the worrying rhythm of the evolution of global warming. Governments around the world started to raise awareness on climate change lately, by exposing data that was collected through direct measurements and remote sensing from satellites. IPCC presented a complete comparison between the environmental conditions between 1850-2007 and the period from 2013 until the present day. This comparison can help people understand that the impact of their action is truly visible in the immediate surroundings.

The period between 1995 and 2006 is rated as the warmest one in the instrumental record of global surface temperature. In the past three decades, a visible increase in the general temperature on Earth has been noticed, compared to the period before 1850. The same goes for the sea level, which has risen tremendously since 1961. The rate is almost 4mm per year and it is continuously increasing. Snow and ice are less encountered in parts of the world where it previously was normal. Greenland ice sheets shrink more and more everyday. The terrestrial ecosystems are negatively influenced by the climate changes happening at the moment. These statistics and many more should make you change something in the way you live. Businesses should emphasise the importance of sustainability and should get informed about adaptation strategies.

Causes and effects of climate changes

The causes of climate changes are diverse and need to be addressed in order to stop them in the first place. Actually, both individuals who simply lead their life and small to big companies are actively creating the proper environment for global warming. The major problem that’s happening at the moment has to do with carbon dioxide emissions. Simple people, small companies, multinationals are all trying to reduce their carbon footprint to stop its damaging consequences from appearing.

The electric industry is the biggest generator of carbon dioxide, releasing huge amounts of it in the atmosphere. The culture of transportation is another factor that’s tremendously affecting global warming and climate changes. Emissions are increasing at an alarming pace, as more and more cars are sold every other day. The attempt to replace traditional fuel-engine cars with electric cars is positively perceived by the society, but not all people can afford the new technology yet.

The level of fuel consumption is outpacing the devastating effects it has on the atmosphere. Deforestation also contributes to climate changes, as the tropical forests of the world are half-destroyed already. In 100 years from now on, specialists predict that no forest is going to be intact. Forestlands help the environment by absorbing the emitted carbon in the atmosphere and releasing oxygen. Without forests, the levels of pollution would be unbearable. Yet people and companies are still encouraging deforestation by the high demand for paper.

Climate changes come with uncommon weather phenomena, which lead to economic disasters and human victims. The extinction of species due to rising temperatures is truly terrifying, as studies say that by the year 2050, more than a million species will be eradicated, not to mention that 30 000 species disappear each year. Coral reefs started to collapse due to the higher temperatures in the oceans and seas. Since many marine species are relying exclusively on the existence of coral reefs, they will be gone once coral populations disappear. Land flooding is a common issue on islands and coastal countries, leaving people without a place to live, making them relocate and sometimes leading to deaths.

The oceans are filled with waste that gathers up, forming plastic islands that represent true environmental disasters. Marine animals get caught up in the plastic, ending up dying or being severely injured. This directly affects humans too, as they consume fish that is infected with the toxins coming from plastic waste. By consuming contaminated foods, people often develop affections that are difficult to treat. This has to come to an end by reducing plastic usage in both people’s homes and in the activity of businesses.

Since the carbon dioxide emissions increased so much during the past two decades, being almost 50% higher compared to its levels in 1990, measurements should be taken into account. The changes won’t be visible if both individuals and businesses will take the necessary steps to reduce their carbon footprint. Climate change is affecting everyone equally, so raising awareness on this topic and encouraging environmentally-friendly behaviors is a must. The changes should also be taken by entire countries. A few of the countries that are already assessing the situation are the United States, the Netherlands, Norway, Germany, and England. Many more other countries expressed their interest to invest more in sustainability strategies.

Individually fighting climate change involves conserving water by changing your bathroom habits or equipment, by eating smarter (organic food, no packaging, reducing your meat consumption etc.) and ultimately by saving energy (traveling sustainable, replacing your central heating equipment with an energy-efficient one, using clean energy such as solar panels etc.). Being an example for others and motivating friends and family to follow your lead is excellent. Even though you might believe that these changes won’t make a difference, they will. The more people engage in this activity, the more rapid the change will be.

In the case of businesses, it is important to invest more money in recycling and reducing the carbon footprint. Not all options are as expensive as it is believed. For instance, Miltek balers and compactors are a great alternative for recycling your waste at the physical company location instead of hiring a team to take care of your waste. Getting a green certification could actually lead to higher profitability since this is the direction that’s promoted in today’s society.

How To Reduce Air Pollution?