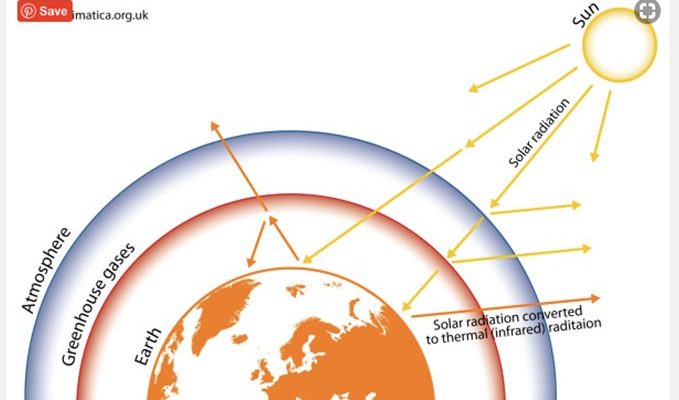 Homo sapiens (that’s us) have only been around for 250,000 years. And despite our great achievements and relatively short time on Earth, we’ve cause a lot of environmental harm. This includes anthropogenic climate change and many other factors, which is why many experts believe we’re currently experiencing the 6th mass extinction event. Considering the last was 65 million years ago at the end of the Cretaceous Period, bringing an end to the dinosaurs, it’s a very scary thought.

Extinction rates are 1000 times higher than before humans came along. On our current projection this could reach 10,000 times pre-human levels. We are certainly in the midst of an environmental crisis. Many plant and animal species are still being discovered, yet many will go undiscovered due to habitat loss and extinction. Let’s look at three key factors

In a nutshell, the burning of fossil fuels largely causes it, which releases carbon dioxide (CO2), methane (CH4) and nitrous oxide (N2O). But CO2 is certainly the main contributor. Collectively, these gasses are known as GHGs – greenhouse gasses.

There are many sources of GHGs, including fuel combustion from cars, emissions from waste, agriculture and industrial processes. They’ll trap more heat in the Earths atmosphere that would normally be reflected back into outer space from the Earths surface. This phenomenon is called the Greenhouse Effect. Therefore, the greater the concentration of GHGs, the stronger the Greenhouse Effect. The infrared radiation is reemitted back to Earth after its absorbed by the GHGs.

Figure A – incoming solar radiation is converted to infrared radiation at the Earth’s surface. But it isn’t allowed to escape the atmosphere due to the higher concentrations of GHGs

Our current rate of deforestation is 36 football pitches per minute, which causes 3.6 million hectares of rainforest to be lost each year: that’s the size of Belgium.

Figure B – the extent of rainforest destruction

Trees are so important to carbon cycling. They capture CO2 during photosynthesis and effectively store it, which means it isn’t in the atmosphere contributing to the greenhouse effect. Moreover, when trees are destroyed, less clouds form because of less transpiration.

Transpiration is essentially evaporation from trees, whereby the water vapours will rise to form clouds in the atmosphere. And as everybody knows, clouds produce rainfall. Therefore: less trees = less transpiration = less clouds = less rainfall. A more arid and inhospitable landscape is produced.

Clouds also help with the albedo effect: the reflection of radiation from the Earth’s surface. And because tree cover is a dark colour, it would effectively absorb the solar radiation. The clouds would prevent the solar radiation reaching the Earth’s surface and would reflect it back into space. Instead, more radiation is able to reach the surface. Therefore: less trees = less clouds = reduction in albedo = increased greenhouse effect.

6 billion tonnes of fish and invertebrates have been taken from our oceans since 1950. Aquatic species are being captured at a rate that greatly exceeds that at which they can reproduce. As such, they cannot breed and produce young, so numbers will continue to decrease.

Figure D – overfishing negatively effects the food web, and not just in the waters….

There’s a rippling effect with overfishing because of the delicate food web both in and outside the oceans. For example, many bird species will rely on healthy fish stocks to sustain their numbers. If the birds prime food source isn’t readily available, their numbers will automatically decline.

1 billion people rely on the oceans as their prime source of protein, and the demand is increasing at a rate of 3.2% each year. At this rate all of the world’s fisheries could collapse by 2048.

It’spositive we are setting the most ambitious environmental targets yet; but it’s necessary if we’re to keep warming to 1.5 from pre-industrial levels. As you can see in the graph below, we are on the right path:

Figure E – GHG emissions showing a positive downward trend, but more needs to be done into 2050 and beyond

Donald Eide is an E-commerce business owner. His company, Honey Gusto, specialises in the manufacturing of medical devices and healthcare products, and has a blog dedicated to it. However, he does have a passion for preservation of the environment and likes to write about it in his spare time, spreading knowledge and concerns with others. He holds a BSc. in Geology and an MSc. in Environmental Health: https://honeygusto.com

Grable, L. (2015). The rippling effects of overfishing. [image] Available at: https://www.sciencenutshell.com/the-problem-with-overfishing/ [Accessed 9 May 2019].

Available at: https://ryantran.ca/Deforestation-Infographic [Accessed 9 May 2019].

The Guardian (2019). The Guardian view on extinction: time to rebel. [online] theguardian.com. Available at: https://www.theguardian.com/commentisfree/2019/may/07/the-guardian-view-on-extinction-time-to-rebel [Accessed 8 May 2019].